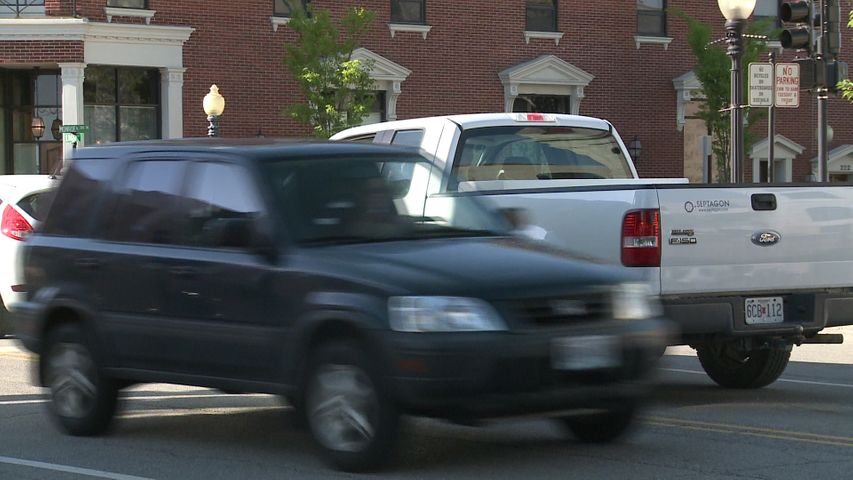 JEFFERSON CITY - Lawmakers hope to foil theives by moving your vehicle registration sticker. The bill would have drivers put the stickers inside of their windshields, rather than on their license plates.

According to the bill's sponsor, Representative Charlie Denison, the bill would prevent criminals from stealing the stickers off the license plates, giving law enforcement and victims of theft less trouble. Denison says the state loses money in vehicle registration theft. "He's taking a tab that's been stolen, putting it on his license plate and going down the road. Therefore, he's avoiding taxes and avoiding paying all that's involved with getting his vehicle licensed," he said, referring to the thief.

The vote for the bill ended at 149-4. One of the four who voted against the bill, Representative Zachary Wyatt, said it would hinder law enforcement. He said the location of the sticker on the license plate helps highway patrolmen or local police officers easily identify vehicles with expired registration. The new location on the windshield, would be harder to see, according to Wyatt. "After talking with constituents, talking with law enforcement, and looking at the fiscal note on the bill, it made me decide to vote against this measure," Wyatt said.

Cole County Sheriff's Department's Lieutenant Gary Hil said he thinks putting the stickers inside the car will help the stealing issue, but will spark another. "In order to find out whether the vehicle's registration is expired, we'd have to run license plates via radio or through a mobile data terminal," he said.

Missouri would be the third state in the country to implement the sticker move. Texas was the first, then New York picked up the law. According to Denison, the Missouri Senate will vote on the bill next week.