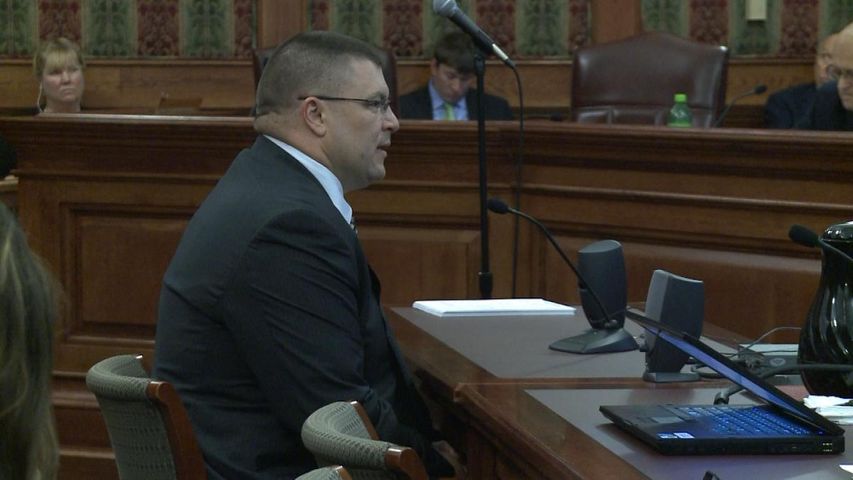 JEFFERSON CITY- A Senate committee on Medicaid reform met at the Missouri Capitol Wednesday to begin drafting legislation for the upcoming legislative session.

Mike Krohn, a Sergeant with the Boone County Sheriff's Department testified about the growing identifiable mental health crisis across the state and country.

Krohn represents the Crisis Intervention Team (CIT), an organization that trains law enforcement officers to clinically diagnose people with mental health issues when they arrive on the scene of a crisis.

By the end of this month, the CIT will have trained almost 200 law enforcement officers to recognize mental health issues in the field and provide the correct treatment.

Krohn said there is a problem with law enforcement officers sending people with mental health issues to jail when they should be sent to a mental hospital for treatment.

"Are we just taking someone to jail regardless of the mental health issue or is there a mechanism we can put in place to get someone where they really need to go, which is treatment" said Krohn.

Krohn added that between 25-30% of people in the Boone County Jail alone are receiving mental health treatment, forcing them to act as de-facto mental asylums.

He said funding should be available throughout the state that allows law enforcement officers to ensure that people with lower incomes have the opportunity to get treatment for mental health issues.

"Lower income or impoverished people are suffering a little bit more because they simply don't have access to the treatment plans that those with proper insurance or funding have," Krohn said. "Although, mental illness knows no socio-economic line that it won't cross."

However, Krohn said officers who are untrained are often forced to make these kinds of clinical decisions on the spot.

"We work collaboratively with the mental health hospitals because we have to," Krohn said. "They have a need for us to triage things in the field that we didn't once normally have. We're teaching our law enforcement officers to make those kinds of decisions in the field because we don't have any other options, frankly."

"We need to be careful that we don't create an environment where everything is excused as a mental illness so that it really takes away or waters-down the true concern we have with mental illness," Romine said.

The CIT received a grant through the Department of Justice that allows law enforcement officers in Springfield to facetime on an iPad with a mental health professional to diagnose mental health problems in the field.

Krohn said they hope to apply for more funding to extend this program into Mid-Missouri within the next year or 18 months. He said the program will help officers with less training make the right decisions about whether to send people to jail or to a mental health facility.

The committee will meet again on November 12 and 13, and plans to have a rough draft ready for the Medicaid reform discussion around December 15.