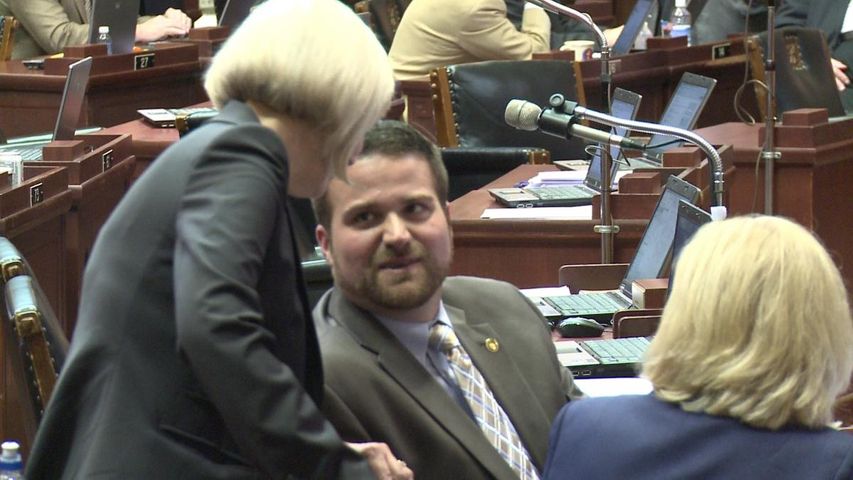 Wyatt also said he chose to disclose his sexual orientation because he said he needed to stand up and speak for the silent minority of gay Republicans in Missouri and throughout the nation. "I think I needed to put my voice out there and become a leader on the issue because we just weren't seeing it within my party right now," Wyatt said.

Wyatt also said his biggest concern with the bill would be it hindering the First Amendment rights of all Missouri students to express their freedom of speech.

"If I'm able to cause one child not to hurt themself or possibly worst yet, kill themself, due to bullying, to the fact that they are perceived to be gay or are gay I think I would be successful in what I'm doing," Wyatt said.

Rep. Lyle Rowland, R-Cedarcreek, is one of the bill's 19 co-sponsors. He said he has worked in the field of education for 30 years and feels like there are certain topics that shouldn't be discussed in public schools. He also said the way he is interpreting the bill, it would only prohibit a written curriculum on the topic of sexual orientation--a topic he said needs to stay in the homes.

Wyatt also said he doesn't expect the bill to pass this year, and he said the Education Committee Chairman has told him the bill would be killed in committee and not reach the House floor again. He also said he hopes it doesn't come back next year and isn't attached to any bill as an amendment this year. "The bigger picture is to make sure this bill doesn't see the light of day anymore," Wyatt said.