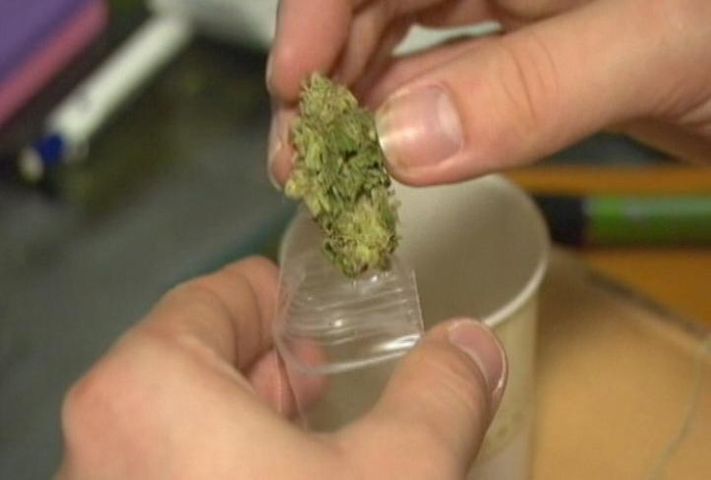 COLUMBIA - After failed attempts to legalize marijuana in Missouri last year, lawmakers and supporters are wasting no time in the new year.

The organization Show-Me Cannabis has the same mission as Kelly. In January, the Secretary of State approved 13 initiative petition proposals by the group. Each proposal differed in the number of plants a person would be allowed to cultivate and if marijuana-related crimes could be cleared from a person's record. The group announced it would not be moving forward with the November 2014 initiative. Show-Me Cannabis Chairman Dan Viets said the group's polling shows only 45 percent of voters support the initiatives for 2014. He said he expects that number to increase by 2016.

"We have no interest whatsoever in promoting greater use of marijuana, but we do want adults to have the choice, and we do not want people who are otherwise responsible, good citizens to be treated as if they were criminals merely because they use marijuana, perhaps instead of alcohol," said chairman of Show-Me Cannabis Dan Viets.

"I think to inject another drug, besides alcohol, into our society certainly needs a lot of reflection because when you make something legal for adults, then it becomes readily available for everyone," Cox said.

While Colorado and Washington have legalized the recreational use of marijuana, other states aren't trailing far behind. There are 22 states in the U.S. that allow medical marijuana.

Missouri has some of the toughest penalties for possession in the country. A person can serve up to a year in prison or pay a $1,000 fine if caught with 35 grams or less. Columbia's law, however, is an exception to a rule. In 2004 voters passed an ordinance that lessens the punishment for possession. Instead of jail time and hefty fines, officers treat possession similar to traffic violations and issue summonses.

Cox said Missouri's current laws are effective, but Viets said going after marijuana users is a waste of time and money.

"Instead we could use that money much more constructively to build hospitals, schools, to build roads and bridges and we would have a whole new revenue system," Viets said.

It's a highly controversial issue, and both sides have strong opinions.

"I think most of the people who oppose reform are simply misinformed, that they don't understand the fact that marijuana is far less harmful than alcohol," Viets said.

"We know that just like alcohol, there will be a lot of adolescent children and young children who get it either accidentally or get it intentionally, and we will have to live and deal with the effects in the future," Cox said.

Viets has been working to legalize marijuana for 40 years. Given the past failures of house bills, he said legalization efforts might have more success in the hands of voters. The General Assembly heard a bill regarding decriminalization late last year but did not approve it.

"Last year the speaker failed to do his job. He did not assign those bills to a committee," Viets said. "In one case he assigned one in the very last week of the session when it was obviously too late for the bill to have a chance to pass."

"It's virtually the same members of the General Assembly as it was last year, so I don't think the result is likely to be any different," Cox said.

In past years, House bills regarding marijuana have only made it as far as being assigned to General Assembly committees and discussed in open public hearings. However, that doesn't mean legalization won't happen.

"Will Missouri legalize marijuana? We might very well do that," Cox said. "Is that a good public policy? I think it's a terrible policy, but you know we might do it. We've made other mistakes in history, done other things we shouldn't do. So I don't know exactly what the future might bring, but I think, I would hope, that Missouri residents and lawmakers reflect upon the general health of the public."

If not in 2014, Viets said he is optimistic that legalization will occur in the next couple of years. The newly submitted bills are still waiting to be assigned to a General Assembly Committee.