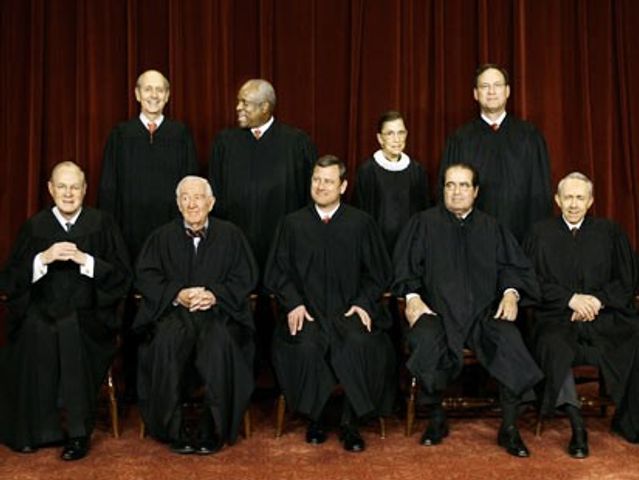 "We're just now beginning to review this ruling so that we can understand exactly what it means for Missouri," said Gov. Jay Nixon. "This ruling has significant complexities and implications for families, health care providers and insurers in our state."

Lt. Gov. Peter Kinder held a conference call Thursday morning, alongside constitutional lawyer Thor Hearne, to express his opinion and discuss the court's ruling. At one point, Kinder focused on the court's decision that the law was a valid exercise of Congress' power to tax.

"At no point in that 14-month debate did the proponents of the law say that they were exercising the taxation power," Kinder said. "It is therefore passing strange to me that the majority of the United States Supreme Court can uphold this under the taxation power when every proponent in the political branch during the debate and voting on the bill said they were not exercising that power."

When KOMU asked Democractic Senator Claire McCaskill for a comment on the Supreme Court's decision, her office sent this response from spokesperson John LaBombard.

"There's only ever been one goal for Claire -- affordable, accessible health care for Missouri," he said in an email.

Chief Justice John Roberts of the United States Supreme Court wrote the majority opinion to uphold the Health Care Law individual mandate as constitutional. The 5-4 decision by the Supreme Court is being considered a victory for President Barack Obama's administration

President Obama held a press conference following the decision to state his thoughts on the ruling and to provide clarity on what the ruling means.

He addressed Americans without health insurance by saying the law "will offer an array of quality affordable private health care plans to choose from," starting in 2014.

As politicians across the state offer reactions to the ruling, KOMU 8 will continue to keep track of them and post them here throughout the day.