Mo. School for the Deaf Ends Year with High Enrollment 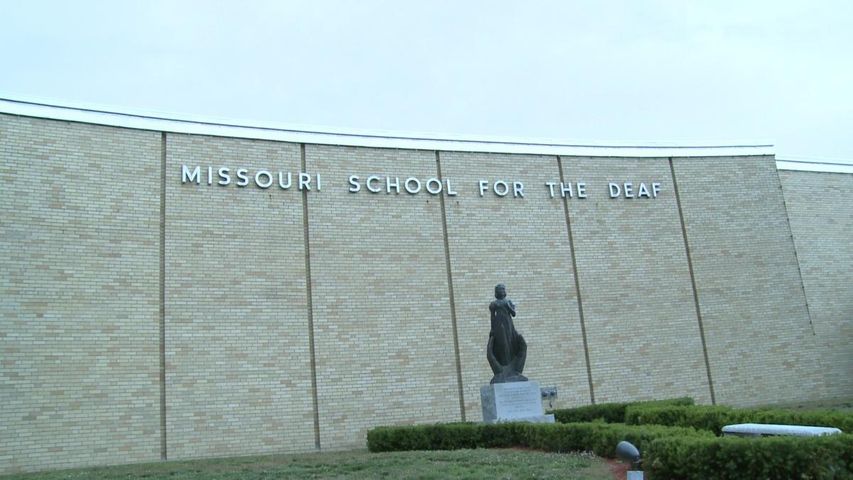 FULTON - The Missouri School for the Deaf in Fulton ended its 161st school year Friday with higher enrollment numbers than past years.

Since the Gallaudet School for the Deaf in St.Louis closed last June, the 2011-2012 enrollment for the Missouri School for the Deaf (MSD) increased from roughly 70 students last year to 85. It was also the first time to have a kindergarten class in two years.

Teachers spent Friday afternoon clearing shelves, cleaning desks, and packing up books and said goodbye to a year that was unlike any other. High school social studies teacher Angela Russell said although it was a trying year, it was also a beneficial one.

"We all learned something", Russell said.

Superintendent Barbara Garrison said the faculty and staff at MSD handled the change just fine. "I think we've had a marvelous year, I really do. Our staff finally has a chance to breathe a little bit", she said.

Unfortunately, more students mean more money must be spent. The school is not federally funded and instead relies on money from the state. Because it is a state agency, the school is prohibited from raising money to support its costs, but Garrison says MSD gets a large majority of its extracurricular support from the Fulton community.

"Fulton is home. The majority of our funding for our athletic teams comes from our booster club, from friends and family", she said.

The school's two top supporters are the Missouri School for the Deaf Parent's Organization (MSDPO) and the alumni association.

With all the help it receives from the community, the school has many ways it pays back. MSD provides consultations and audiological evaluations for public schools who have deaf and hard of hearing children and allows the local YMCA, Kiwanis Club, and other organizations in Fulton to use all of its athletic facilities.

One way MSD saves money is through its "Homegoing" program. With the exception of a few weekends, students have the opportunity to visit their families back home, which saves the school weekend nurse, kitchen, and residential costs. State vehicles and MSD school buses are available for students in need of transportation during these weekends.

"We are a family, there is no doubt about that", said Garrison, "And it takes a team to work with these kids".

The school will welcome in another school year in August.