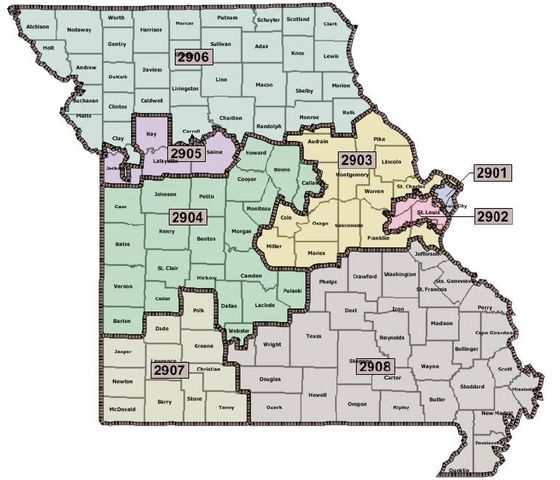 Missouri is losing one of its nine seats in the U.S. House, and the State Legislature is responsible for drawing the boundaries of the eight resulting districts based on 2010 Census data. It has many similarities to the one proposed by the Republican chairman of a House committee.

Sen. Scott Rupp (R-Wentzville) said this redistricting proposal could create healthy competition despite the loss of a Democratic seat.

"There is no reason a candidate cannot run in another district," Rupp said.

The House panel also combines districts in St. Louis -- both held by Democrats -- into a single district.

Sen. Robin Wright-Jones (D-St. Louis) said that a Democrat losing a seat in Congress is unfair. She says that going from a 6 Republican to 3 Democrat ratio to 6-2 does not accurately represent Missouri as much as a 5-3 ratio would. She suggested the Senate takes more factors, such as race, into consideration when the proposal reaches the floor.

The House will vote on a version of a redistricting map Tuesday to narrow the selection down from three possible maps. Both parties encourage citizens to log onto the Office of Administration web site and leave comments and suggestions.