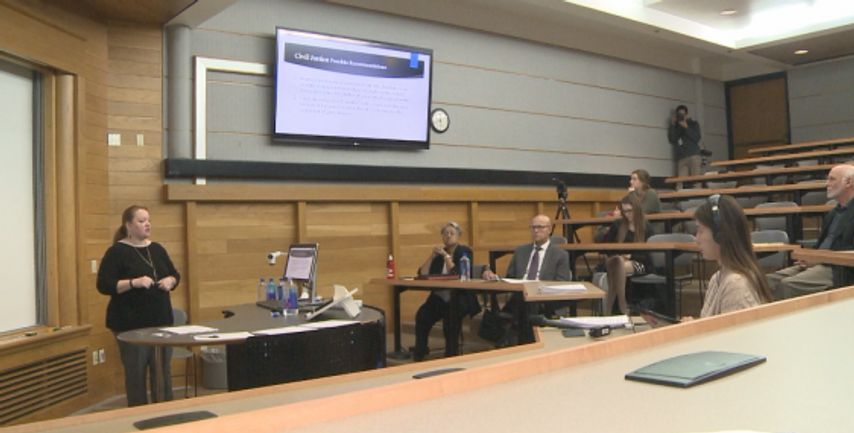 COLUMBIA - The Supreme Court of Missouri Commission on Racial and Ethnic Fairness met with community members on Thursday to talk about bias in the civil, criminal and juvenile justice systems.

Commission members put together recommendations for preventing bias in the judicial system at previous meetings. Now, the commission is sharing those recommendations with the public for feedback.

According to Julie Lawson, the Supreme Court of Missouri Commission on Racial and Ethnic Fairness's executive director, one issue that will be tested soon is the bail system.

"If you can only get out of jail based on your ability to pay, that’s something that may or may not be fair to everyone experiencing a trip to a jail,” Lawson said.

Under a new system called the Public Safety Assessment, this will change.

“How likely you are to be a threat to society is more of a determinant than would be your ability to pay to get out of jail," Lawson said.

This system will be implemented in St. Louis County. The commission will see how the Public Safety Assessment works, and then determine whether it would effective state-wide.

“One recommendation that is already going forward is training for judges and personnel in the judicial system in cultural competency, anti-bias training, that sort of training,” Lawson said.

A teacher in Columbia who is involved with Race Matters, Friends said she supports this type of training.

“Having a mandatory training, justice training and diversity training for people involved with the judicial system is necessary and important," Tory Kassabaum said.

Lawson said a similar training might go into place for jurors.

“We’re looking at jury instructions to determine if there is any space for being fairer in that system. In other words, can we educate jurors better about bias and how they make the decisions based on stereotypes that they realize they may or may not even have?” Lawson said.

The commission was created in 2015. Since then, it has met three times as a full group. According to Lawson, there are 32 other states that have similar commissions.

"When Missouri was looking at some of the things it could do to examine ourselves in terms of racial and ethnic fairness, this was a natural piece of that puzzle of really addressing statewide how we are treating all citizens, including those in the justice system and in the judicial system,” Lawson said.

This is the the first of four public feedback sessions that the Supreme Court of Missouri Commission on Racial and Ethnic Fairness will host. The next feedback session will be on February 28 at 11:30 a.m. at the University of Missouri-Kansas City Law School.