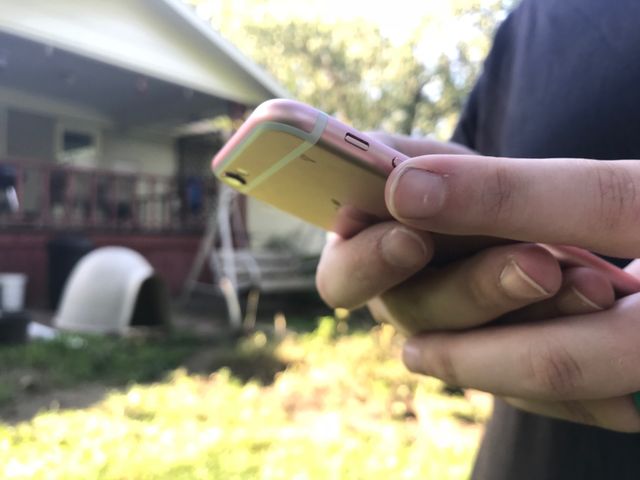 MOBERLY - About two weeks of in and out AT&T service in Moberly has residents demanding answers from their cell carrier.

Mott said she's called customer service four times as of Tuesday and each time the response about when the towers in Moberly will be fixed has changed.

"They're not giving anybody a straight answer either, some people have been told by the AT&T store that the towers are going to be decommissioned and with them telling us they can never guarantee service," Mott said.

AT&T would not confirm nor deny whether the Moberly cell towers were being decommissioned, but a company spokesperson alluded to ongoing 'work'.

“As we work to provide a better experience in rural Missouri, some customers may be experiencing issues with their service. We understand the frustration this may cause for our customers in the area and are working as quickly as possible to finish this work,” an AT&T spokesperson said.

Mott is a mother of three and her husband is a long haul truck driver. She said not having cell service is not only an inconvenience, but a safety precaution.

"My husband works out of town, if he were to get hurt two-and-a-half hours away from here how would I know," Mott said.

"A friend of mine in the area couldn't dial 911," said Haley Davis, an AT&T Moberly customer.

Davis called herself a loyal AT&T customer and tried calling customer service to get answers.

"They say they don't have a date for restoration to service, but they aren't willing to release the contract on my phone," Davis said.

These two women are just a few people of the many who commented on a Moberly Facebook page about the cell service.

One Moberly resident, Jeff Chick told KOMU 8 News via Facebook Messenger he has no service at all to make calls and has to use Wi-Fi to be able to contact anyone.

Chick said, "We will be out over $2,000 just for phones," referencing new phones he'd need to buy for a new service provider.

Chick has reached out to the Missouri Attorney General in hopes of getting some type of relief for Moberly.

On Mott's fourth call to AT&T customer service, AT&T credited her account one months worth of cell service.

She said that's not enough.

Some residents, like Michael Canfield, have switched carriers to end the battle.

"AT&T should have told us that we had an outage and tell us that they are working on it and tell us then it will be back on and working," Canfield said.