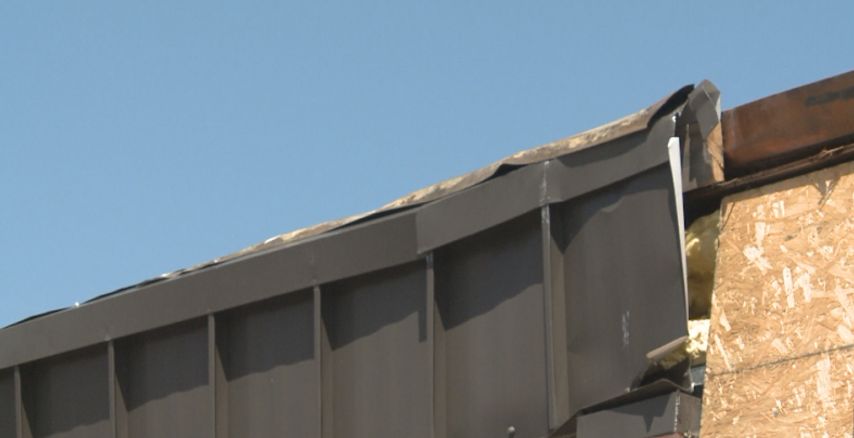 MOBERLY - Repairs to the outside of Moberly City Hall will start next week.

Last month, Moberly City Council approved $30,000 to restore sections of the building damaged by this past winter's heavy snowfall.

The building was first constructed in 1985. But in 1995, the majority of the roof and outside walls were destroyed by a tornado that swept through Moberly, according to Greg Hodge, Moberly's Director of Finance.

"After the tornado of '95, the roof and most of the brick walls had to be replaced," he said. "After this winter's snowfall, we're going to have to fix a large part of the outside of the building again."

Several wall panels on the west side of the building were damaged by snow sliding down off the roof. Snow rails will now be added to the roof to prevent such an incident from happening again.

The damage from the snow totals approximately $16,000 and will be paid for by insurance.

The second part of the restoration is optional and will cost about $14,000. The money will come from the city's general fund. It will include replacing gutters and installing downspouts on the outside of the building.

"We've found that the metal pipes inside the walls are cracked and are leaking," Hodge said. "The plan is to install downspouts to prevent f urther water damage inside the building."

Linneman/Vetter/Sanders LLC out of Salisbury will complete the work. It says the project will take about two weeks to complete.

Yet, when asked about the restoration to city hall, residents of Moberly were largely unaware the city was planning on repairing the building. Several residents noted they would rather see the city put money into creating jobs and fixing up older abandoned buildings than updating city hall.

"I'd like to see them do something with the abandoned middle school that's been just sitting empty," one resident said. "It's truly an eyesore in the community."

Other residents said they would like to see the city put money toward fixing rundown sidewalks, adding water fountains to the streets of downtown and creating sidewalks to sections of Morley Street.

Moberly City Council members could not be reached for comment.