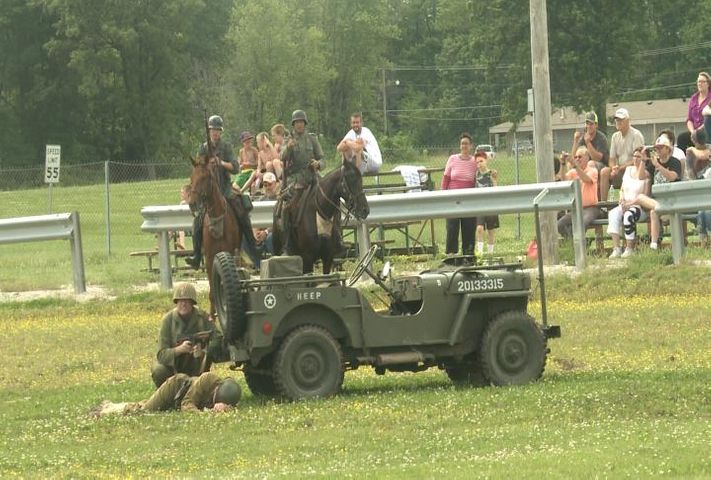 MOBERLY – Mid-Missourians could immerse themselves in history this Memorial Day weekend at a World War II reenactment in Moberly. World War II Days is a Living History event that drew more than 150 spectators on Saturday.

People from all around Missouri and some from Iowa, Nebraska and West Virginia traveled to Rothwell Park where Thursday night they set up campsites and displays of real World War II equipment, vehicles and weapons. Participants spent the whole weekend living, eating and sleeping on the campsites. Cayetano Lasoya, the event coordinator, called it a full immersion experience.

“We sleep in our tents. We try to eat period food. We’re using everything from that era,” he said.

Tina Lumbard was the youngest participant in the event at age 25. She also traveled the furthest, hailing all the way from West Virginia. This was her first War Reenactment. She says this is a learning experience beyond what she learned in school.

“This is lost history that’s not being taught,” she said. “You can only really learn something like this by putting yourself right in the situation.”

Lumbard spent the weekend as German nurse. Women did not fight in this war, so it would not be accurate for her to be in the field. Her tent had old thermomenters, bandages, slings and even German books to be as genuine as possible.