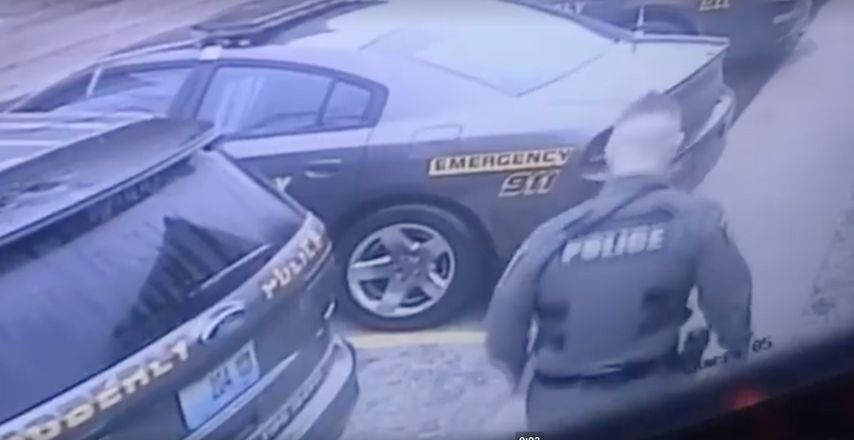 MOBERLY - A video of a Moberly police officer is going viral after he slipped on ice outside the police department.

"My first thought was, 'wow, that sucked,' and then immediately went to, 'wow, everybody saw that. I'm not going to get away with this. There's no way for me to sneak back inside and get away with this,'" Officer Jamie Howard said.

The Moberly Police Department shared the video Thursday morning as the city was under an ice storm warning.

Colleagues saw Howard limping Wednesday then posted the video after grabbing it from surveillance cameras.

"That was funny when it happens to someone other than myself," Helen Jean Wolverton said in the comments section.
Thomas James Hoey said, "That looks like it hurt. Glad he's ok."
Sheila Dean Hagedorm commented, "Been [there] done that yesterday and feeling it today."
Jessica Rae Dale wrote, "Hope you're okay Officer Howard. Thank you to all of or Law Enforcement, Fire, and EMS staff for being out in this mess. Please stay safe!"

The Facebook post advises residents to "take fall precautions when possible. Use of slip resistant footwear is recommended, as the video of Moberly Police Officer Howard clearly demonstrates."

It ends with, "Disclaimer: The Police Vehicle was not damaged during the making of the video."

Howard said everyone in the department jokes around with each other, and he was fully prepared for the jokes.

"We make fun of each other all the time," Howard said. "We have fun. We love what we do. You have to do what you love and love what you do."