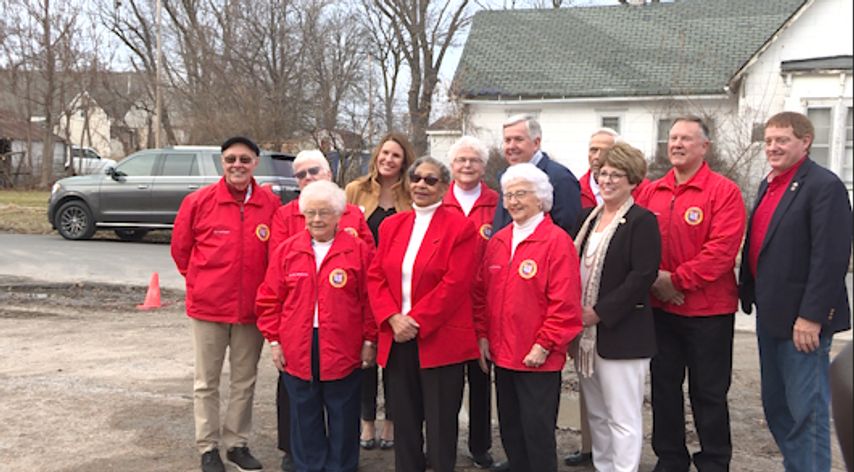 The house was acquired by the city of Moberly as part of a redevelopment project. The Missouri Department of Economic Development recently awarded the city a demolition grant.

The grant would allow the city to demolish over 50 abandoned homes around Moberly. According to the department's website, the maximum amount a community can receive is $125,000 for residential demolition, and $250,000 for commercial demolition.

Moberly's abandoned homes are a big problem, according to Chamber of Commerce director Megan Schmitt.

"They become a problem in terms of the environment," she said. "They're not safe to be around, they're not healthy, they could be a fire hazard."

Schmitt also said demolishing these homes will hopefully help another issue in Moberly, which is the shortage in housing.

"When we remove these, the properties will be able to be redeveloped," she said. "Hopefully we'll be able to fill our community with housing that is actually needed for our citizens."

The governor made a quick stop at one of the homes located on Franklin and Johnson Street.

"It's a big deal for the people of this town to be able to help clean up the neighborhoods and to be able to come up with some green space," he said. "I think it's always a positive thing."

Parson said Moberly was a deserving recipient of the grant because the city worked hard to mobilize support for the issue.

"It's a very competitive market out there to be selected for one of these grants," he said. "Moberly [was] selected for that because they did a lot of hard work on the local levels to make that ready and had to make the case for why that was important."

Schmitt said she hopes the demolition of those homes improves the entire area surrounding them.

"When you pull one property down, then hopefully you'll increase property values of the house next door," she said.