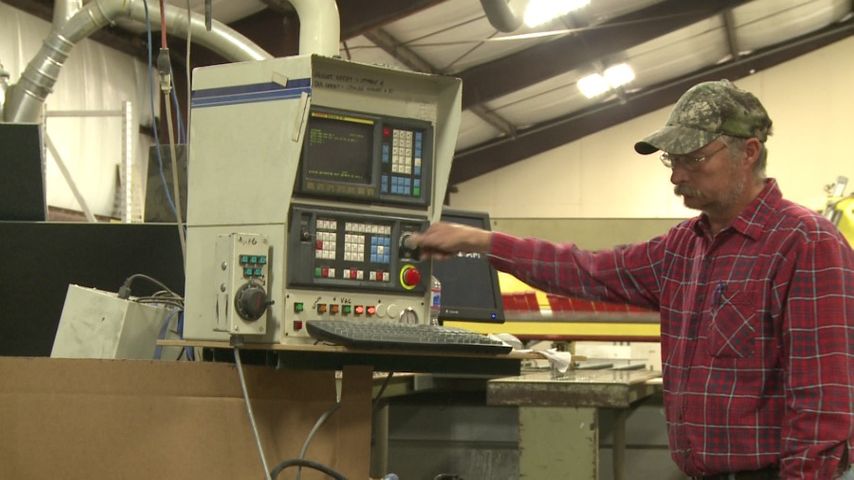 MOBERLY - Pepco Inc., a manufacturer of school furniture, had one of its products featured on the Education Nation Summit on Monday.

Education Nation is NBC's initiative to improve education in America.  The summit will last all week.  Monticello Trails Middle School in Shawnee, Kansas was chosen as a feature school.

Keil Hileman, a teacher at Monticello Trails, sought out Pepco Inc. in Moberly to help create the desks for his archeology class.  Pepco took on the challenge and helped Hileman design the desks, which feature a normal desk top with deep compartments hidden underneath to house digging materials.

David Patton, President of Pepco Inc., said, "We're hoping it helps get our name out there and what we're capable of, which as a mass customized manufacturer we can build pretty much anything you can think of."

Patton said the company is always willing to work with teachers searching for something specific they can't find anywhere else. "It kind of gives some creativity in the classrooms, especially in this archeology classroom where they really get a little leg up," Patton said.

Patton said the company has been working with new high schools in Moberly and Columbia and hopes to get some calls from teachers at other schools who saw the desks on the Education Nation Summit.