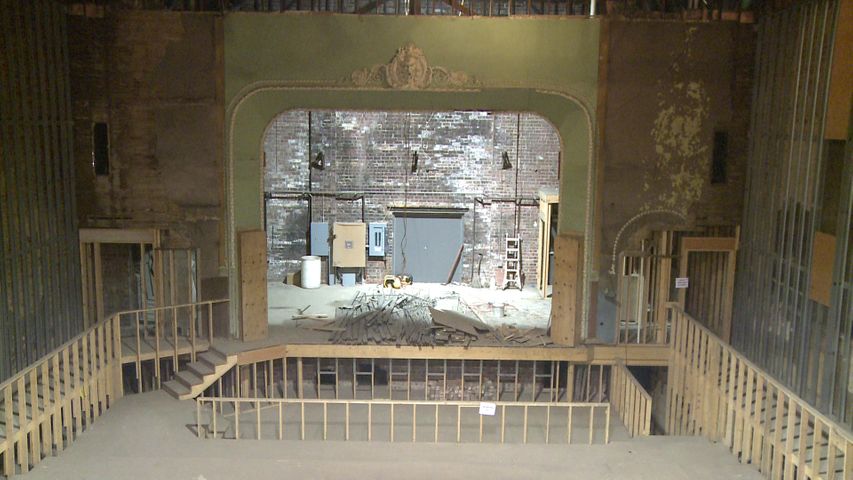 MOBERLY - A theater restoration group said Wednesday its theater is ready for new utilities after fixing an unexpected problem with the historic building's ceiling.

Project director Carolee Hazlet said crews finished removing the ceiling of the Fourth Street Theatre after pieces started falling down. She said the group, Fourth Street Theatre Inc., had not planned on replacing the ceiling, but the organization was glad the problem happened before the project was finished. With the ceiling problem solved, Hazlet said the theater is ready for the next step in its restoration: installing new electrical equipment and new plumbing.

Diane Harlan, who owns a craft shop two blocks from the theater, said the theater was a focal point of Moberly nightlife before it closed in 1997. She said opening the theater back up would let businesses stay open later to serve theater patrons.

"On Friday nights, you would come downtown, and everybody was downtown" when the theater was open, she said.

"I can't begin to say how many kids came down here over the years," he said.

Hazlet said volunteers began restoring the theater in 2001. The theater opened in 1914 and at one time was one of seven movie theaters in Moberly. Only one is operating today. Hazlet said the project has enough money to finish installing the theater's new utilities, but will need about $300,000 to finish the project, which she hopes will happen in late 2012. She said her group is relying entirely on donations and not borrowing money to avoid going into debt. To ensure the theater is able to sustain itself once it reopens, Hazlet said it will host plays, banquets, reunions and other events, as well as movies.