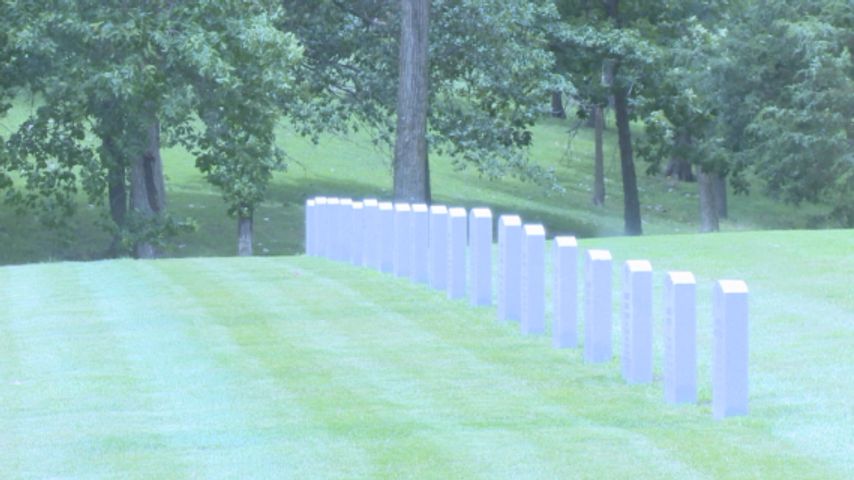 He served in the United States Army for four months in 1965. In 2004, administrators approved Ames' request to be buried in a grave plot at the Missouri Veterans Cemetery.

Last month, the cemetery sent him a letter explaining Ames did not meet its minimum requirements for burial at the site and were taking away his grave plot.

Ames said the letter shows the Veterans Commission doesn't care about the service he provided to the country.

"Those days I served count. I was in there. And they just denied me as though I was never in the service," Ames said.

The Veterans Commission said the most important factor for access to the cemetery is that the solider received an honorable discharge, something Ames has. He was relieved of service after only four months because the Army allowed soldiers with families to go home in May 1965.

Ames immediately reached out to the cemetery, trying to find the reason for the change in his burial status.

He said cemetery officials told him his records showed he served a total of zero days in the United States Army.

"I showed them where on my records it says it served from February to May. But it didn't make them change their mind," Ames said

The Veterans Commission was unable to divulge to KOMU 8 News the specific reason for Ames' status change, but said it passed his information on to the United States Department of Veterans Affairs, which will have the final verdict on Ames' future.

The VA is set to provide an answer within 90 days, but Ames is concerned something could happen to him in that time.

In the meantime, Ames is taking his story to every form of government that will listen. He has already visited Gov. Greitens' office, and plans more trips if something is not done about his case.