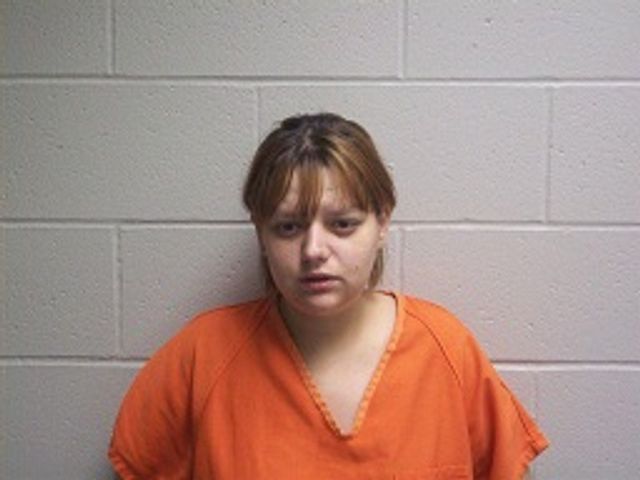 MOBERLY - A 25-year old Moberly woman, charged with second degree murder of for the death of her newborn son, had a preliminary hearing Wednesday morning. In May 2011, investigators at the rural Randolph County scene found Cassidy King's son's body in a duffel bag in a pond near Higbee.

Prosecutor Mike Fusselman called four witnesses to the stand Wednesday. Jaime Clark, named Jaime Miles at the time, was the first witness. She is the sister of the defendant Cassidy King. Clark testified that she and her husband found the red and black duffel bag in a fishing pond near her grandmother's house. Clark's husband opened the duffel bag to find the baby's body, along with clothes and a cinder block inside.Clark confirmed that the bag was King's.

The second person to take the stand was Christian Leirly, Cassidy King's friend of four years and landlord. Leirly testified he had received a call from King the night the baby's body was found. Leirly said King met with him and he recalls she was muttering unintelligibly. The only words he could understand her saying was "baby" and "grandma's." Leirly said King never said she killed the baby.

The third witness to take the stand was Sgt. Steven Wilhoit, the Randolph County investigator on the scene when the body was recovered. He testified of the contents of the bag in which the baby's body was found. He said the baby's body was discolored where there was a hemorrhage. The umbilical cord was still attached. In the bag, Wilhoit stated in addition to clothes and a cinder block, there were hospital scrubs and a towel with Cassidy King's name on it.

The prosecutors called Dr. Edward Adelstein last to the stand. Adelstein was the medical examiner on the case. King was originally charged with abandonment of a corpse, but the Randolph County prosecutor upped the charge to second degree murder earlier this year in March after Adelstein's report determined the baby was born live.

None of the witnesses had known that King was pregnant before investigators found the baby's body in May 2011.

The arraignment hearing will take place on October 24 at 1:30 p.m.