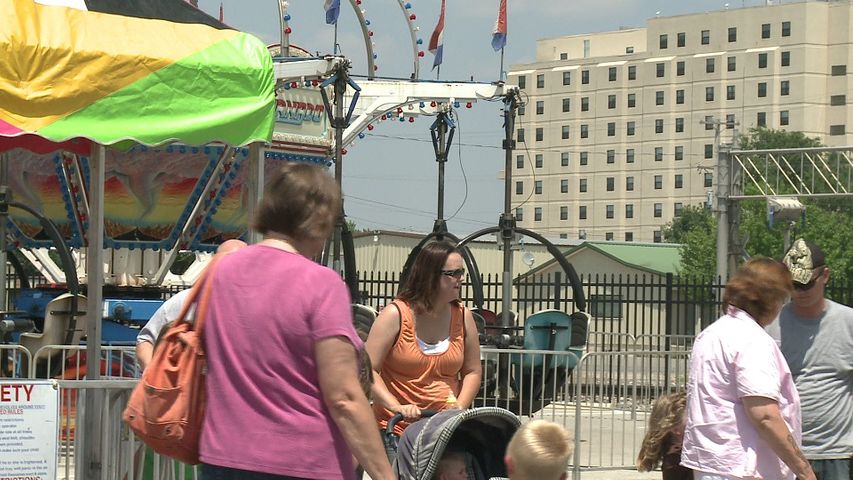 MOBERLY - Organizers said Saturday they were pleased with the attendance and the weather at this year's Railroad Days, which comes to a close Saturday night.

Former Randolph County Historical Society president Karl Rice said the event appears to be growing every year and people look forward to it. He said no fewer than two dozen different towns appeared in the guest book at the society's railroad museum.

Rice said the event gets its name from Moberly's origins as a railroad town. He said the town was founded because the Chariton & Randolph Railroad wanted a high point for a rail depot. Railroads predate the town by several years. Rice said one was built between St. Louis and Macon in 1858, eight years before Moberly was founded along the track. Chamber of Commerce Director Debbie Miller said Moberly's nickname, the Magic City, comes from the speed with which buildings popped up after the town was founded.

Ken Ralls, a Moberly author attending his first Railroad Days, said he likes meeting people at fairs whether they buy his books or not. He said he enjoys visiting with the vendors as well and sharing stories with them.

J.W. Ballinger, Second Vice President of the Randolph County Historical Society, said while he didn't have any exact figures, he estimated the society would raise about $1,000 from the fair, which he said is very good.