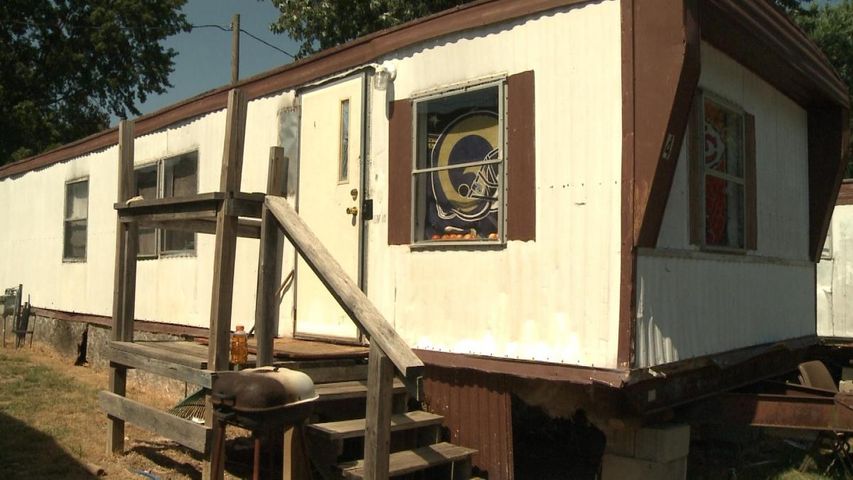 MOBERLY - Missourians are the targets of an online ad renting a $250 lot per month and free mobile homes, which an occupancy inspector for the Moberly Fire Department says have yet to pass the required city inspection.

Individuals who saw the ad currently live in three trailers at the park. Resident Celia Shields said she chose to live at Mulberry Mobile Home Park because it was a tempting offer.

The ad on Craig's List says water, trash and sewer are included and the free trailers available mostly "need paint and a good cleaning."

But Moberly occupancy inspector Paige Douglas said the trailers on the park were not inspected prior to tenant move in. And according to the law, inspection by the city of Moberly is required before someone can move in.

She added that property landlords Paul Barlows and Kirby Morris were able to avoid a city inspection by including in the lease that all park tenants were responsible for obtaining and paying for occupancy permits.

But Shields said she and other renters weren't aware that permits were mandatory before they could move in.

When KOMU called Barlows, he said, as far as he knew, occupancy permits at the park were up to date.

But Douglas confirmed to KOMU that "none of the trailers right now have a current permit on them."

"Say somebody has a property that they pay water on, they have moved somebody in without a current inspection, and I catch it, They're going to get two tickets automatically," said Douglas.

Douglas said the fine could cost landlords as much as $385 per tenant.

Tips about scheduling an occupancy inspection are available on the Official City of Moberly Website.