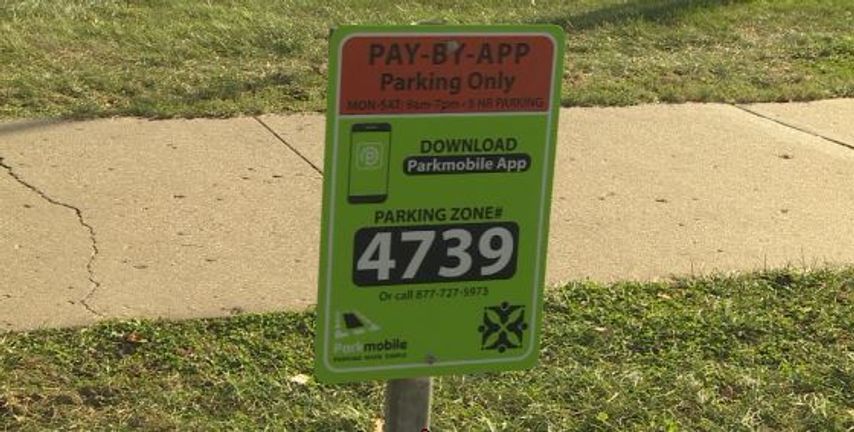 COLUMBIA - An optional Parkmobile app is available on all meters in downtown Columbia as of Monday.

The app can be downloaded onto a phone and allows a person to pay for metered parking from anywhere.

The transit and parking manager for Columbia, Drew Brooks, said, "You don't have to come back out to the meter if you are downtown shopping or eating a meal. You'll get a notification that your meter is about to expire."

The city did a trial run on selected meters in November of 2015 and decided to expand to all meters in downtown Columbia this week.

The app charges a 45 cent transaction fee every time someone uses it.

Brooks said that 35 cents goes toward the Parkmobile app and the other 10 cents is to cover credit card fees.

Columbia resident Randall Smith said he does not like the idea of being charged an extra 45 cents to pay a meter.

"It's not about convenience, the point is all about cost. And I think what is happening here is they are trying to make it easier for us to spend our money on things that have nothing to do with why we are coming down here. We are coming down here to shop," Smith said.

Brooks said the app allows people to have another option when paying for a meter, rather than just using coins, a credit card or an EZ card. People don't have to use the app if they don't want to.

Columbia resident Sophie Angell said "I think people would rather pay 45 cents than have to stop and go back to their car."

Brooks advices people to be careful when entering in a license plate number and to not mistake a zero for an "O."  The app does not recognize the difference, and you will possibly get a ticket if you confuse the two symbols. Missouri plates don't use the letter "O" in license plates.

The app takes PayPal, Visa Checkout and MasterPass as payment.

Brooks said the goal is to reduce citations, and so far, he said, the app has been very successful.