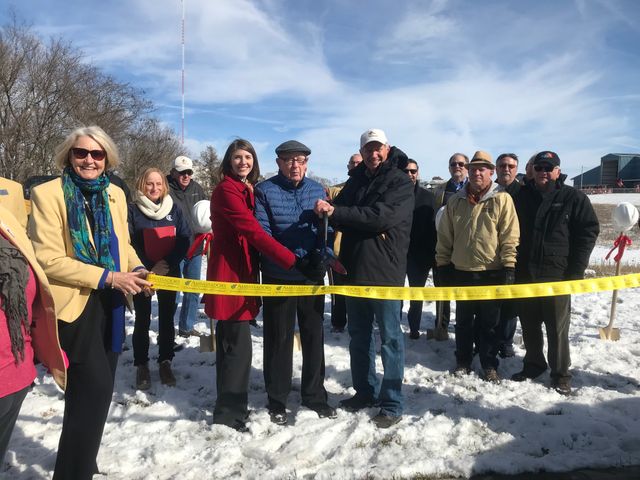 COLUMBIA – Mobility Worldwide broke ground on their new manufacturing facility in front of a small crowd on Wednesday morning.

The facility is located on Meyer Industrial Drive off U.S. 63.

Mobility Worldwide is a volunteer-based organization that builds Personal Energy Transportation (PET) carts for people who can’t afford wheelchairs and aren't able to use their legs. The carts are operated by a hand crank, have brakes and are durable enough to be mobile in areas with rougher terrain and no pavement.

Mobility Worldwide was founded in Columbia in 1994. Since then, they've expanded to open 22 manufacturing locations, and have sent carts to 106 different countries across the world.

Now, their volunteers and staff are outgrowing their current Columbia location on Heriford Road.

Gary Moreau, executive director of Mobility Worldwide, said the new location is much needed for its Columbia staff and volunteers.

"One of the big problems we've had is storage of units and trying to ship them out efficiently with international shipping," he said.

Mel West helped found Mobility Worldwide 25 years ago, and when he started making PET carts, he never imagined how large the organization would become, and how many people they would reach.

He said he thinks a bigger space to house more volunteers and store more carts should open the doors for Mobility Worldwide to significantly increase the number of PET carts that they'll produce, and Moreau agrees.

"We're hoping that at 35 carts a week right now, that we can actually increase to 50 here in the near future," Moreau said.

West said the new building will not only help increase production, but it's a space the organization will own, not rent, which he sees as a positive.

"We needed the feeling of, 'this is our home, we can do with it what we want,'" West said.

While ground has been officially broken on the new location, volunteers and staff will still have to wait before moving into their new home. Weather permitting, Moreau hopes to be able to open their new location next spring or summer.