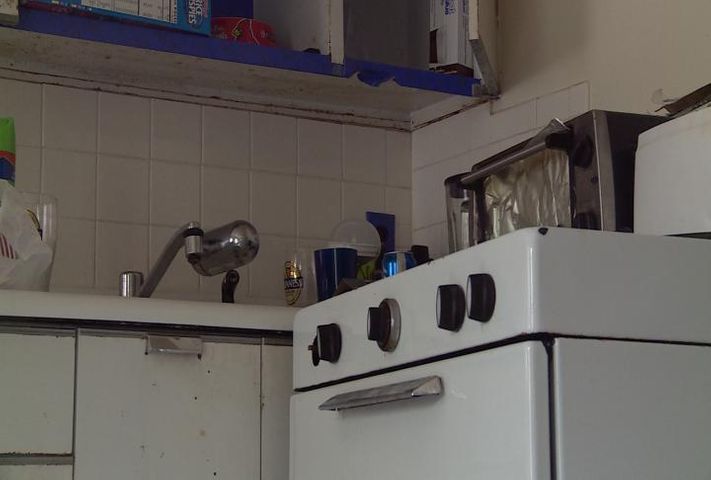 Since this Spring, Seitz has grown his company from managing about 640 properties to around 1200 properties in mid-Missouri. Seitz did not want to do an on-camera video, but I sat down with him and discussed his most recent business ventures. In response to this growth, Seitz has added more full time staff, including the addition of more maintenance people.

Modern Property Groups now manages the properties of tenants who originally rented from REMI. When I asked some current tenants how their experience with REMI was before the change, many were displeased. One tenant said it took REMI nearly a week to get her washer and dryer in.  Another had a broken thermostat that was not fixed all summer. Another had a ceiling full of holes, which, in turn, led to leaks.

Jack Salva rents a house on Rosemary in East Campus. When he moved into the house in August, he was more than disappointed.

"It was pretty warm when we moved in and the whole AC situation was kind of, funky, at best," Salva said.

Although REMI did address this situation, the company left Salva and his roommates with unfinished business.

A few weeks after school started, a major rainstorm hit Columbia. It also hit Salva's kitchen floor. The hole in his ceiling was leaking enough water to fill a large plastic bin with an inch of water.

Salva also left some insight on more positive improvements he will look for over the next year of his lease.

"Communication with REMI was sparse to none, so if I could get normal updates from Modern Property Groups that'd be great," Salva said. "Emails, REMI never emailed us anything, so emails would be great. Notifications on payments and stuff. That's mostly what I'm looking for in a rental group."

While Salva wants to see improvements in the new management, Modern Property Groups wants to see just as much improvement in him. When asked what Seitz's biggest obstacle would be this year, he explained that it was important for his renters to understand that Modern Property Groups has to manage thousands of expectations from thousands of renters and the increase is important for renters to take into consideration.

Salva now has new lighting in his living room, a spinning ceiling fan and has been promised a new stove -- a promise all the young men hope becomes a reality.

Multiple attempts to contact REMI by phone, office and otherwise failed or led back to Modern Property Groups.