MoDOT begins concentrated effort on Buckle Up Phone Down initiative 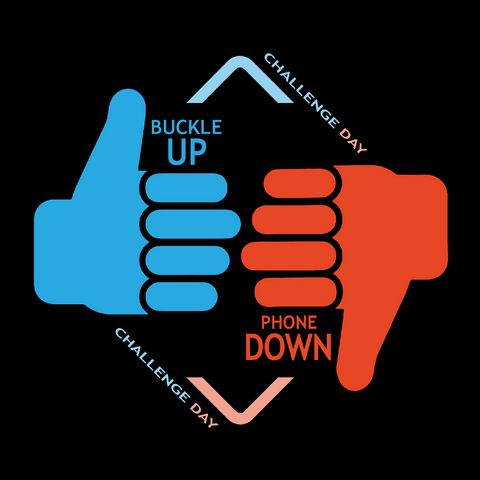 JEFFERSON CITY - The Missouri Department of Transportation and Missouri Coalition for Roadway Safety are challenging drivers this week to sign up for its “Buckle Up Phone Down” pledge this week.

The initiative is designed to get drivers throughout Missouri to wear their seatbelts and avoid texting or talking on their cell phones while driving.

According to Nicole Hood, a state highway and traffic engineer with MoDOT, starting Monday MoDOT will begin a concentrated effort to reach out and have businesses and individuals join the pledge.

According to MoDOT, in 2016, 7 out of 10 people reported using their smartphones while driving, and 6 out of 10 who were killed in crashes were unbuckled.

“Those distractions do lead to unsafe results in the end,” Hood said. “We want to try to get people to understand what those risks are.”

That same year Missouri had 946 traffic fatalities, the highest number since 2008. Fatalities were up 9 percent in 2016 compared to 2015, and crashes were up over 20 percent since 2014. MoDOT listed distracted driving as the leading cause for the crashes in Missouri.

To try and lower the number, MoDOT made a commitment to reducing distracted drivers on the road. That commitment turned into the “Buckle Up Phone Down” initiative. Originally the idea was to have the project be a year-round movement, but to increase the number of participants, Hood recommended a day dedicated to the pledge.

On Friday, MoDOT will host “Buckle Up Phone Down Day," but starting Monday the group will concentrate its efforts on increasing participation throughout the state by reaching out to individuals and businesses and having them sign-up for the challenge.

“We have engineers who are reaching out to schools, to different businesses and partners and educating them on some of the statistics that we have seen resulting from people driving distracted,” Hood said. “It's really just everyday this week we want to make that concentrated effort to promote this challenge, and on Friday, if we can get everyone in the state of Missouri to buckle up and put their phone down, that would just be wonderful. I think everyone would feel safer.”

Safety on the roadways, Hood said, is all the motivation groups throughout Columbia need to sign up for the pledge.

“Really the heart of this pitch is all about just saving lives on Missouri’s roadways and making them safer,” Hood said. “You’re not only saving your life, you're saving the occupants in your vehicles lives, and the people out on the roads in the vehicles that you’re travelling with.”

So far that pitch has been able to attract more than 1,000 individuals, businesses, schools and groups throughout Missouri.

“We have over a thousand business and individuals right now, but that’s really why we’re trying to do that concentrated effort this week. So we can continue to educate, and hopefully get people to understand their personal responsibility in buckling up and putting their phone down.”

One of those groups is the Missouri Municipal League. Laura Holloway, the communications specialist for MML, said the initiative is important for them to promote safer communities.

“One of our goals as an organization is to have strong and vibrant, safe communities,” Holloway said. “Safe driving is a big part of that.”

Hood said that while MoDOT does not have statistics on the results of the challenge yet, it should have them either by the end of this year or the beginning of next year.