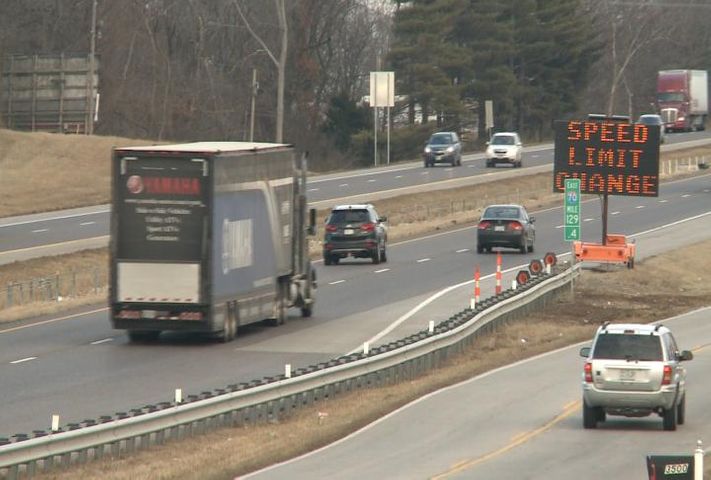 COLUMBIA -  Mid-Missouri drivers had to start going slower Thursday morning on a portion of I-70 in east Columbia as MoDOT began enforcing new driving rules.

The change took effect at around 9 a.m., when the speed limit dropped from 70 mph to 60 mph.

The lowered speed zone is on I-70 between U.S. Highway 63 and the Lake of the Woods/St. Charles Road interchange.

Message boards have been put in place to inform drivers about the reduction.

MoDOT senior traffic studies specialist, John Schaefer, said the change comes after recent crash reports raised safety concerns in the area. He said there have been four fatal crashes and two crashes that resulted in disabling injuries during the past five years.

"And when we were reviewing the overall area, it is also growing, as can be seen through things like interchange St. Charles Road is signalized, which shows the experience of additional traffic," Schaefer said. "The school in that area is also bringing new drivers to the area, so it's a combination of things."

"It was kind of in combination. They did bring it to our attention and we were watching the area as well, so that kind of sparked the conversation," Schaefer said.

MoDOT said it hopes the new rules will reduce the crashes on that portion of I-70.