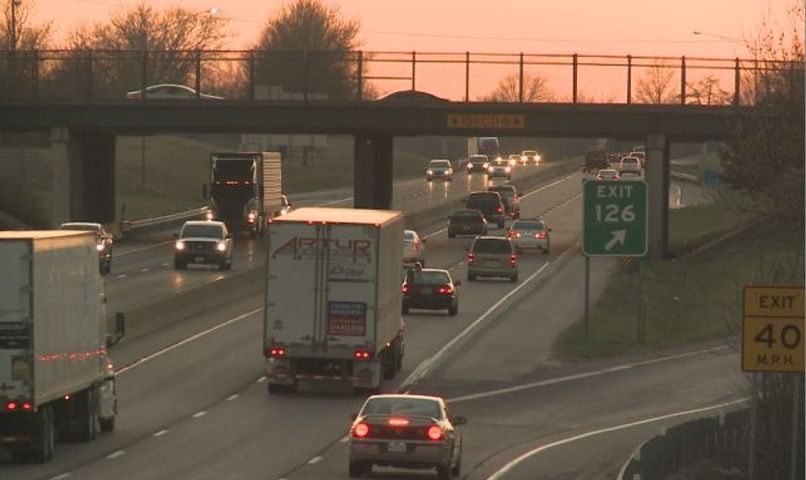 COLUMBIA - Missouri Department of Transportation director Patrick McKenna met with the Columbia Chamber of Commerce Thursday to discuss the future plans for roads across Mid-Missouri and the state.

This comes after Proposition D, a proposed tax that would have given money to fix Missouri roads and bridges, failed to pass on the November ballot.

"The impact far exceeds what citizens would have paid," McKenna said.

He said the specific spot in Mid-Missouri that will be impacted the most is the I-70 bridge in Rocheport.

"That bridge needs to be replaced, or we need to do a major rehabilitation. We only have the funding in our plan right now for a rehabiliation, and that will have significant traffic backups," he said.

The traffic backups could last three hours on a good day and eight hours on a bad day. One lane in each direction would need to be closed on I-70, and the closure could seven to nine months.

He said MoDOT will continue to look to the federal government for funding. But the national program that provides these funds might end in 2020.

"The federal levels in surface transportation are the number one source of revenue for us in our capitol plan," McKenna said. "If Congress doesn't act, and if the administration doesn't support the Highway Trust Fund as it has, we could see a significant decline in federal resources starting in 2021."

MoDOT is creating two plans: one for if the federal government does provide money, and one for if it doesn't.

"We're estimating that now and we'll go through our planning process with our local NPOs and regional planning committees all over the state. We'll be able to jointly make choices so we will know if the federal funds don't come through, what projects won't happen," he said.

Matt McCormick, president of the Columbia Chamber of Commerce, said the key is educating people on how this will affect them.

"If you take a community like Columbia, there are so many state roads that run through the community. Providence road is a state road, and it's a major thoroughfare through our community," he said. "It does start trickling down to that lower level."

He said this is something everyone should care about.

"We all have to get somewhere, and we all have goods and products to move," he said. "It's something for all to take a look at and need to educate themselves on how that does effect your livelihood, our your employees' livelihood or your customers."

McKenna said the roads have a significant impact on our agriculture industry.

"We're one of the agricultural leaders of the planet here in Missouri. Supporting that infrastructure, maintaining it and developing it as agriculture is changing. The equipment is larger, some of the roads in rural Missouri don't actually meet the needs of current agriculture," he said. "Making sure that we keep that competitive edge and be able to get our products from the field onto the roads onto the barges or rail and out into the international market is vital to Missouri."

He also said Missouri lacks the funding it needs.

"Even with today's rates were only funding about half of the capitol needs that we know based on condition of this system," he said. "Without resources, we really don't have all of the funds to do the things that are needed to be done even to maintain the existing system."