MoDOT, Columbia compromise on crosswalks for Stadium and Old 63 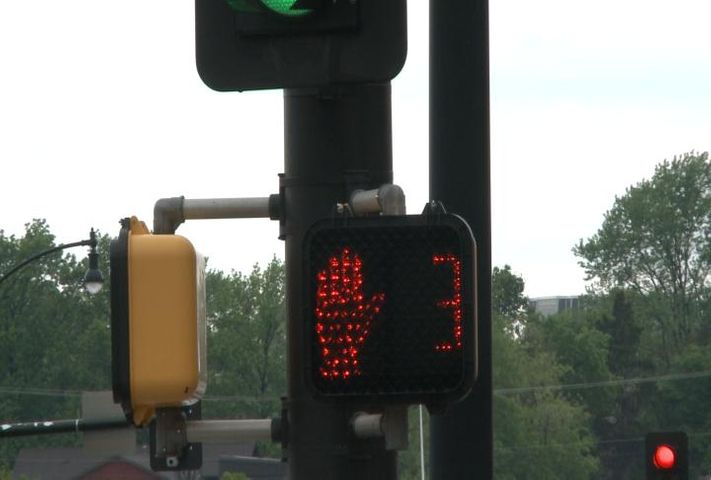 COLUMBIA - The intersection of Old Highway 63 and Stadium Boulevard will be renovated next summer, including new crosswalks.

MoDOT and the city of Columbia will work together as part of a MoDOT share program to beautify the intersection and make it safer.

The original plans included an extra left turn lane from Old 63 onto Stadium Blvd. as well as two cross walks and push button signals on the north and west sides of the intersection.

However, Councilman Ian Thomas said he found it interesting there were no plans for crosswalks on the south and east sides.

This is due to a policy that MoDOT uses from the American Disabilities Act, which states it will not place a crosswalk on a road where there is not an adjacent sidewalk.

MoDOT said the policy is designed for pedestrian safety, specifically those with disabilities. MoDOT said it is not safe to have a crosswalk if there is not the ability for the pedestrian to continue their journey safely. But MoDOT has since allowed Columbia to install crosswalks on all four sides.

"MoDOT has changed its mind and is now permitting us, the city of Columbia, to put all four crosswalk systems in," Thomas said.

The original project, two crosswalks, turn lane and beautification, will cost about $1.3 million which will be split between MoDOT and Columbia. But since MoDOT doesn't agree with the reasoning for south and east crosswalks, Columbia will pay the $20,000 for those to be installed.

According to Thomas, it is in the design plans to install sidewalks incrementally in the future.

He said earliest the construction will start on the intersection is summer of 2016.