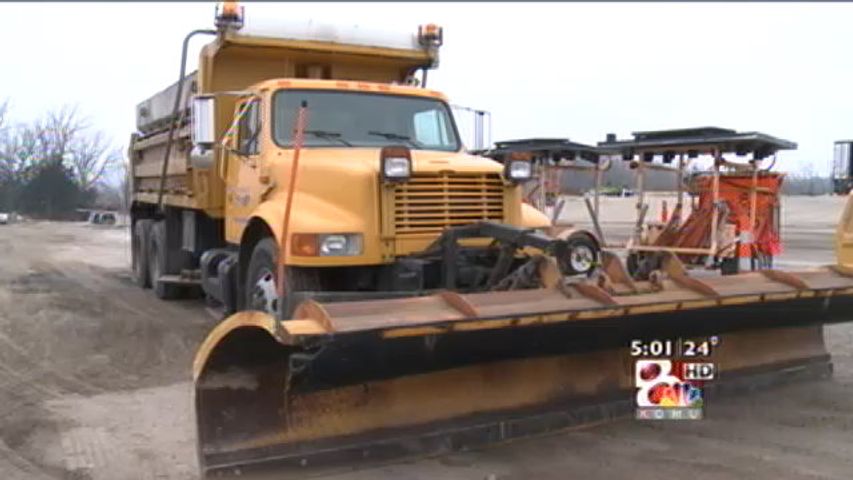 JEFFERSON CITY - A white Christmas is welcome news for some, but for crews at the Missouri Department of Transportation it means more work.

"It goes with the territory. Is it something that people really strive to want to do? No. I mean it's Christmas day," said Jason Shafer, MoDOT's central district maintenance engineer. "It's what we do as a public service organization. We remove snow from the roadways in winter time. It's going to snow on Christmas."

Heavy snowfall is predicted in the southern parts of the state Tuesday and early Wednesday. Latest predictions show 1-3 inches between route 54 and I-44, 3-6 inches south of I-44, and as many as 9 inches of snowfall along some parts of the Missouri-Arkansas state line.

Visibility on the roadways will be limited with winds around 25 mph. That means if you're traveling where the heavy snowfall is predicted, MoDOT says to take some precautions.

"You've got to plan your trips out when the weather gets bad. Take your time, slow down, and drive safely," said Shafer.

One way to plan out those trips is to use the MoDOT traveler map, available online here. There is also a MoDOT app available for tablets and smartphones that shows road conditions.

MoDOT crews in the southern regions will be reporting and mobilizing as early as noon Tuesday to try to beat the inclement weather. Crews will also be out in the central regions, but heavy snowfall is not expected.