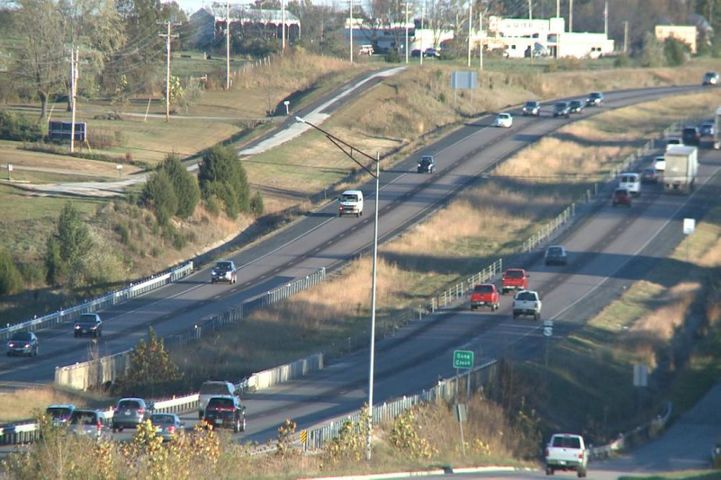 JEFFERSON CITY - KOMU sat down with Patrick McKenna, the new Missouri Department of Transportation (MoDOT) director, to hear his plans for the future of MoDOT.

McKenna became the official director on December 7th this year, and he said the first thing that had to be done was assessing the transportation system’s current condition while listening to the desires of policymakers and the public.

“These things had to be done to build the transportation network we all want to use and interact with on a daily basis,” McKenna said.

McKenna said repairing bridges in the state is the primary focus. Missouri has over 600 bridges that are in critical condition.

“We need to address these things because that limits the communities’ connection to the infrastructure itself,” McKenna said.

McKenna said several other areas are in need of work right now, but lack the proper funding. He brought up the state’s interstate system as an example.

“I-70 was one of the first interstate components of the interstate systems that was built in the 1950s, and it’s aged out and ready for replacement,” McKenna said. “We do not have a funding solution at present for reconstructing our interstate system.”

McKenna said we are in need of this funding to enable efficient freight movement and transportation of the type of goods and people that is essential for Missouri. McKenna said these things are crucial in order to create a “seamless” transportation system.

McKenna said there is a tremendous amount of growth expected in the production of food in the next 50 years. He said global food production is anticipated to double.

“We want to make sure Missouri is positioned well to take advantage of that increase,” McKenna said. “We want to be able to bring our agricultural products to market.”

McKenna laid out his priorities for his new position: First, repairing the bridges, focusing on maintenance second, and then laying out future plans.

McKenna also said it is crucial to attract and maintain the younger population and workers in the state.

“We need to look at all modes of transportation and the new innovations and technologies in order to retain this population,” McKenna said.

McKenna said MoDOT also needs to focus on the aging workforce by replacing older workers more readily as they retire.

MoDOT has face some funding issues in the past, but McKenna said the agency cut back and used the money sufficiently.

“In March of 2010, MoDOT embarked on a five-year effort to reduce its workforce by 20 percent (from 6,300 to just over 5,100 – a reduction of 1,200 employees); close 124 facilities (including three district offices which employed hundreds); and sell off almost 750 pieces of heavy equipment.”

“The department did downsize about 20 percent and over a 5 year period there were 124 maintenance faculties that were closed,” McKenna said.

Yet, McKenna said these cutbacks put about $600 million right back into infrastructure funding.

“This has made the department leaner and more efficient,” McKenna said.

Over the next couple months, McKenna said MoDOT needs to work with their commission to get ideas for future plans authorized.

Currently, MoDOT is updating the State Transportation Improvement Plan, which is revised annually. This plan will outline the types of projects that need funding for 2017-2021.