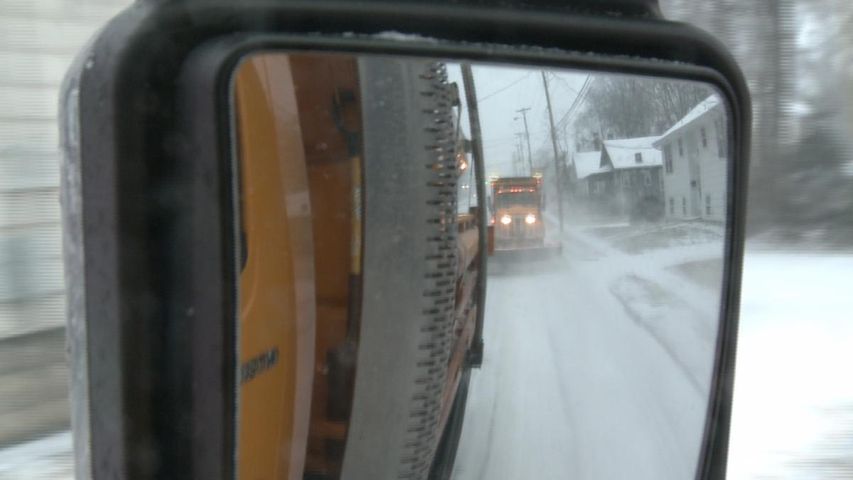 Richard Skelton has been driving for MoDot for nine years and has been on every route in Boone County. He works a twelve hour shift sanding and plowing the same route. Skelton's route for Thursday included Route B from Hallsville, Range Line Road, Business Loop 70 and College Avenue. Skelton said his favorite part of the job with MoDot's maintance crew is snow removal.

The MoDot drivers are similar to the TLC show Ice Road Truckers. There is drama on the road that drivers have to face. If they face malfunctions with their truck, communication going out with other drivers, or sever conditions where they have to get pulled off the road.

Skelton said the worst weather he faced was in 2006 when he faced snow thunder. Snow thunder is when a winter weather storm is no longer just snow falling but the condination of thunder and lightening with the snow, increasing the amount of snow fall. During Skelton's route on Thursday he heard some thunder but said it was not promising.

The MoDot drivers of central Missouri cover 18 counties and have 5,236 miles of roadway to maintain. The drivers in Boone County today will be covering more than 1,000 miles of roadway.