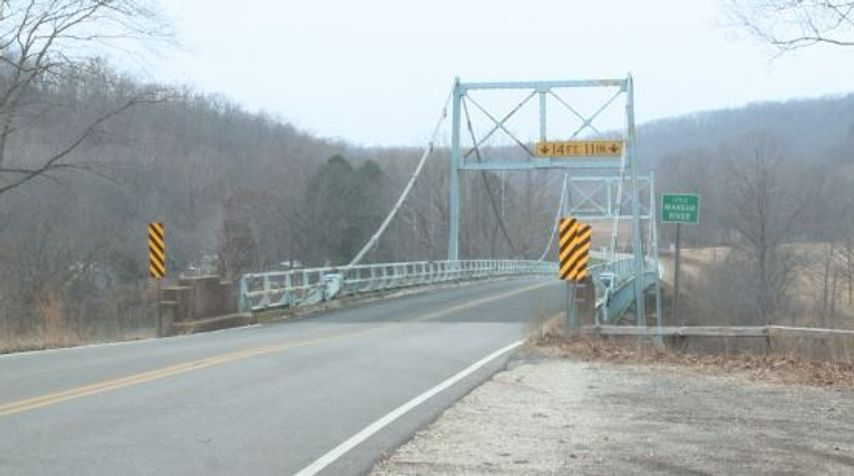 CAMDEN COUNTY - It may be one of the stranger gifts to give this holiday season, but MoDOT is seriously looking for the next owner of the Little Niangua River Bridge in Camden County.

The bridge, located on Route J, was built in 1933 and will be replaced due to structural issues in the near future. MoDOT bridge project manager Bruce Green said the plan to widen and stabilize the bridge is in the initial stages.

“Right now, we’re looking at trying to do this in the summer of 2018,” Green said. “We’re in the real preliminary stages of that right now.”

In order to proceed with the planning, MoDOT must first make the bridge available for public ownership.

Due to the bridges’ eligibility for the National Register of Historic Place, MoDOT is required by federal law to make the bridge available to a selected state, local or private entity, free of charge. Karen Daniels, who works as MoDOT’s senior historic preservation specialist, said interested parties must submit a proposal online to be considered for bridge ownership.

“If we receive multiple proposals for any one bridge, MoDOT, the State Historic Preservation Office and the Federal Highway Administration sit down and look at all the proposals and we determine which proposals are in the best public interest,” Daniels said.

Daniels said MoDOT has yet to receive a proposal, but the offer will remain until October 31, 2017. She said she hopes some group or person shows interest in preserving the structurally unique bridge.

“This bridge is nationally significant. It’s one of only five self-anchored suspension bridges that exist, so we are very hopeful that we will get interest from the public in preserving this bridge,” Daniels said.

She said the bridge will need some serious repairs for it to continue to carry heavy truck traffic. However, she said it is perfectly capable of handing foot, bike, motorcycle, ATV, car and small truck traffic at its current condition and location.

“What’s wonderful about this bridge is that it can actually be preserved in place,” Daniels said.

However, if a party submits a proposal to relocate the bridge to a private property, the request would also be considered.

Green said members of the public will later be able to share their opinions about plans for the replacement bridge.

“As we get the job further developed, we probably will have a public meeting on this,” he said. “We’ll invite the public in and look at the options and return comments on what we are doing.”

Daniels said people often do not realize the impact a local bridge has on a community until it is gone.

“I would hate for the community to lose this landmark and then miss it,” she said.

More information on the Little Niangua River Bridge and a complete list of bridges available in Missouri are available on MoDOT’s website.