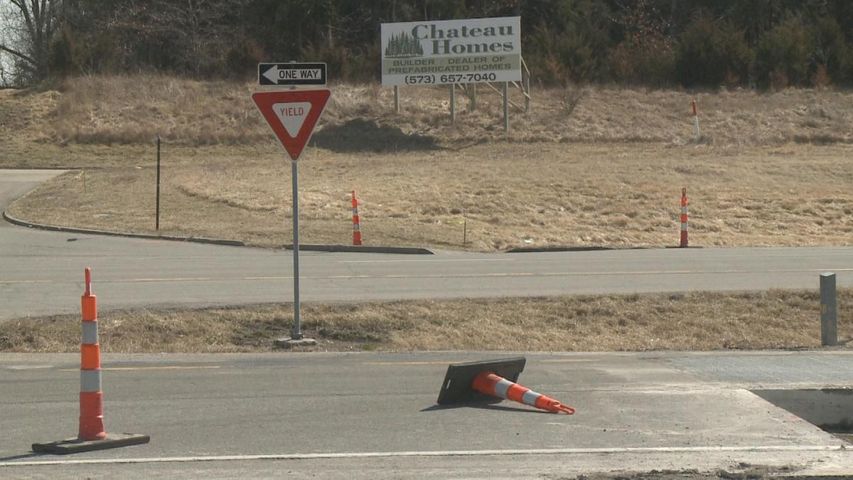 JEFFERSON CITY - The Missouri Department of Transportation (MoDOT) has turned to members of the legislature to try to come up with funding solutions for building and maintaining state roads.

MoDOT completed a long-range transportation plan in the beginning of 2014. This is a federal requirement and is prepared nearly every five years to keep current with the requirements of the government.

Revenues are not meeting expenditures, and the long-range plan also shows this. In the state of Missouri, almost all of transportation is funded by fuel tax. Missouri's fuel tax is 17 cents a gallon and the federal fuel tax is an additional 18 cents a gallon.

"This is a declining revenue source, and it's declining for a number of reasons," said Roberta Broeker, MoDOT's Chief Financial Officer. "Cars are becoming more fuel efficient than they used to be. In addition, people are modifying the way they drive. People are driving fewer miles."

The last time the state and federal fuel tax was raised was nearly 20 years ago, and since then the cost of asphalt, steel and concrete have all nearly tripled in cost.

Broeker said because of the declining revenues and rising prices, the end result is that the state is not able to maintain its current system.

"We've tried very hard to not let this impact the customer, but it really has impacted the employees of MoDOT. We've been actively talking about this nearly 2007 or 2008," Broeker said. "Proactively, MoDOT downsized."

MoDOT began letting employees go in 2011 and recently completed downsizing at the end of 2013. After closing three district offices and selling off some equipment, MoDOT was able to save nearly $500 million total, but Broeker said that is still not enough.

Legislators are working with MoDOT to help the department find the most efficient solutions. The house transportation committee works closely with MoDOT. One solution members from the committee proposed is to create a one-cent sales tax.

Republican state representative Bart Korman is chairman of the Appropriations Committee for Revenue, Transportation and Economic Development. Korman said the one-cent sales tax is a fair way to generate revenue.

"The one-cent sales tax is a general tax that can generate enough funds to help build quality roads Missourians want and is fair to everyone because transportation is a system and necessity for everyone in the state of Missouri," Korman said.

The one-cent sales tax would last for a 10-year period. Food, medicine and fuel would not be part of this sales tax as currently written.

To sell the idea to voters, MoDOT plans to compose a project list to let taxpayers know where their money would go. The sales tax would only happen if approved by a vote of the people.

Ten percent of the generated funds through the tax would also go to cities and counties to fix small rural bridges, city streets and county roads.

Representative John Wright, D-Columbia said he believes the one-cent increase is too much money to ask for.

"I think we can get the job done with something closer to a half cent, maybe three-quarters of a cent," Wright said.

Members from MoDOT went to every county in the state over the last year to find out what was most important to people of Missouri. The overall most important thing to people was to maintain the current system. Broeker said she believes the one-cent sales tax over 10 years would not only be beneficial to MoDOT's budget, but also to help provide for the wants of the people in Missouri.