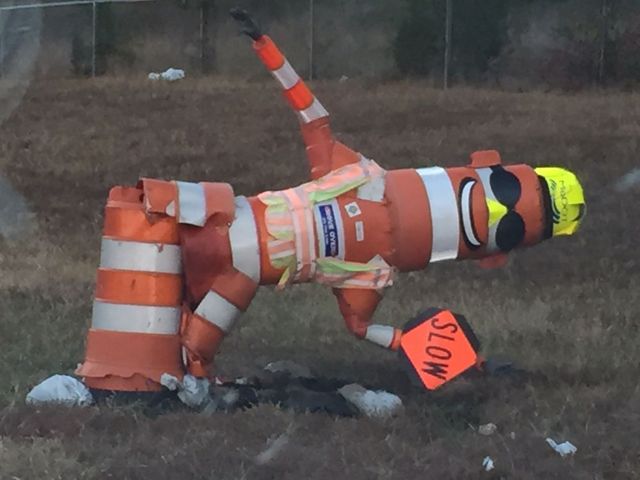 JEFFERSON CITY - The Missouri Department of Transportation announced Friday its safety mascot, Barrel Bob, is out of commission after being set on fire Tuesday evening on U.S. Route 50 in Jefferson City.

The 10-foot tall orange mascot was found slumped over on the ground. A MoDOT spokesperson said he had severe burns on his legs and torso. One leg was completely melted and the other was damaged in the fire. Both will need to be replaced.

The department said Bob was taken into the shop on Wednesday and he will be under reconstruction for at least two weeks.

"Barrel Bob didn't swear revenge," MoDOT said. "He has vowed to return to his post and resume his job of spreading the important message of work zone safety as soon as he is able."

If anyone would like to send Bob get well wishes you can do so on his Facebook page.