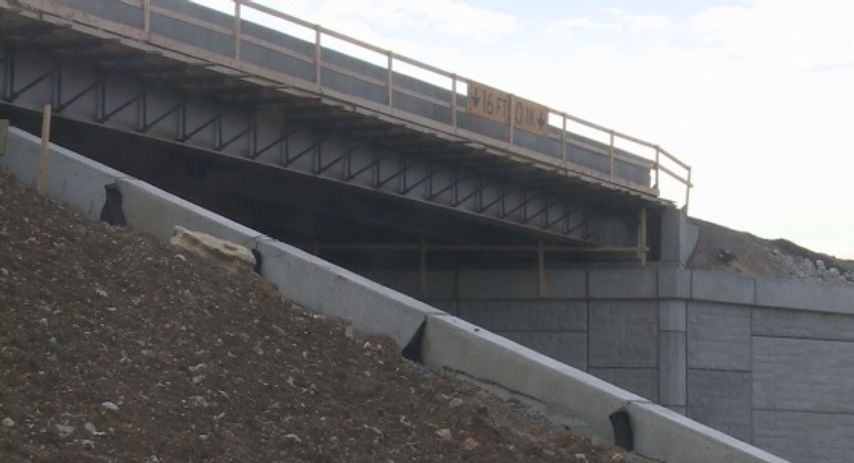 COLUMBIA - The Missouri Department of Transportation was preparing Sunday to move forward with replacing bridges along I-70 in Columbia.

Traffic was set to be shifted onto new, temporary bridges over Rangeline Street and Garth Avenue. The shift also meant traffic would be slowed from 60 mph to 50 mph through the area.

The overall project encompasses bridge replacements over Garth Ave., Rangeline St. and Business Loop 70. It was started in August and was scheduled to be finished by October 2016.

The work would mean a new interchange at Rangeline St. that would include a roundabout at each end of the exchange.

The new bridges will replace overpasses built in 1957. The bridges were rated in poor condition, but were still safe to drive on.

MoDOT said the lane shifts coupled with the reduced speed limit would cause backups at peak traffic times.

Travis Koestner, with MoDOT, said, "The take away here is that local motorists should avoid I-70 through Columbia as much as possible until this project is finished next fall.”

The lane switches would allow contractors to tear down the existing bridges and build new, permanent bridges in their place.