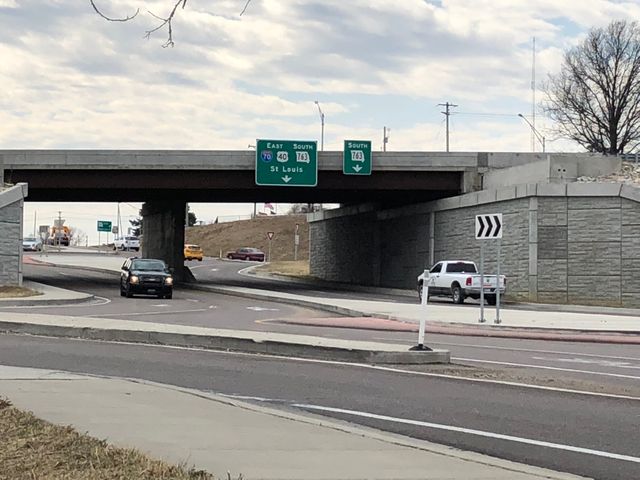 JEFFERSON CITY - The death toll in the pedestrian bridge collapse in Miami increased to six on Thursday, and workers are still cleaning up the rubble.

The bridge was built using ABC, or accelerated bridge construction, technology. That same technology was used in the building of the I-70 bridges at Range Line, Garth and West Boulevard. However, MoDOT said drivers have nothing to worry about.

Sally Oxenhandler, MoDOT customer relations manager, said there are no pedestrian bridges built with the same design-type as the one that collapsed in Miami.

"One of those parts is pre-fabricated elements and the other aspect is to have a lesser impact on traffic during the construction," Stotlemeyer said. "So instead of taking 2 years to build something, we can build something in 6 months."

Stotlemeyer said MoDOT has been using the first part of ABC technology for several years with success.

"We've been using the pre-fabricated bridge element of it for upwards of 30 years," Stotlemeyer said. "We've been using pre-cast portions for a ling time so we are well-versed in that technology and no one should have any worry about that at all."

Pre-fabricated elements and ABC technology allow parts to be assembled outside of the work site, and then "slid into place." Stotlemeyer said this technique, used by the construction company Emery Sapp and Sons to create the I-70 bridges, is different from that of the construction company in Florida, which used a self-propelled transporter to move it in to place.

Stotlemeyer said the bridge collapse in Florida will not discourage the use of ABC technology in the future.

"There are a few benefits to this kind of technology," Stotlemeyer said. "It's faster, and with the pre-fabricated elements you can have duplication and you improve quality. When these are built in a factory, you can control the environment, the humidity, the temperature, the materials that go into it. You can do things when you need them so they can be onsite on time."

"It may be a little more expensive, but if you look at it in terms of safety of drivers and workers, it really is more beneficial," Jones said. "It minimizes the traffic backups and detours, keeps the flow of traffic moving and reduces the time it takes these bridges to get built. Building faster is not always a bad thing in terms of safety."

Stotlemeyer and Jones said they did not want to speculate what went wrong in Miami.

"I heard the federal highway was going to send in people to investigate and they were going to start their work today," Stotlemeyer said. "I don't know if it was load-wise, design-wise or if there was work done to it, but we'll find out soon.

Stotlemeyer said he wants to emphasize Missouri bridges built with the same technology are safe.

"I'm not going to say it never could happen, but we really don't have bridges of that type here," Stotlemeyer said.

Stotlemeyer said any bridge that is open in Missouri is safe.

"If we deem something dangerous, we close it," Stotlemeyer said. "If it's open, it's safe. It may be a little deteriorated and may not look that great, but it is safe for use."

Investigators are still working to determine the cause of the bridge collapse in Miami.