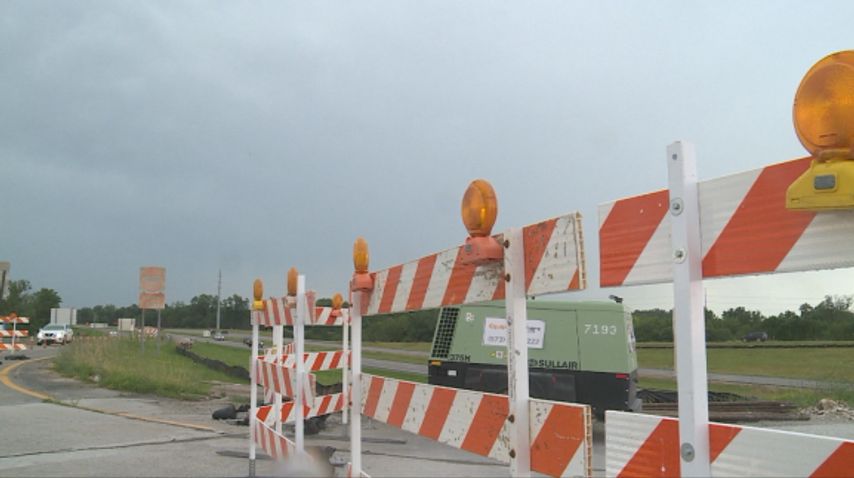 COLUMBIA - Despite a summer of storms, the Grindstone Parkway bridge over Highway 63 is expected to be finished on time, according to the Missouri Department of Transportation.

MoDOT Area Engineer Aaron Peck said the rain has not slowed things down. He had originally predicted the work would take 60 days, but now thinks it could be done earlier.

"I believe it's about the first week of August, the bridge is supposed to open," he said. "Fingers crossed we'll get it open a little early, but that's the timeline as far as the contract goes."

The bridge closed on June 10 and crews are already on the final leg of construction. They will finish final repairs beneath the surface and then resurface the bridge for driving, Peck said.

The work is part of a larger project by MoDOT to improve seven bridges along Highway 63 in Boone and Callaway counties.

MoDOT Central District Engineer Mike Schupp said most of the projects have not been affected by rain, because most of the bridges do not require any work with the dirt on scene.

The Grindstone Parkway bridge has a tighter timeline than most due to the start of classes at the University of Missouri in August.

"This bridge, specifically, did have to be completed when school was out of session," Peck said.

The start of classes will bring in tens of thousands of students and the additional traffic that comes with them.