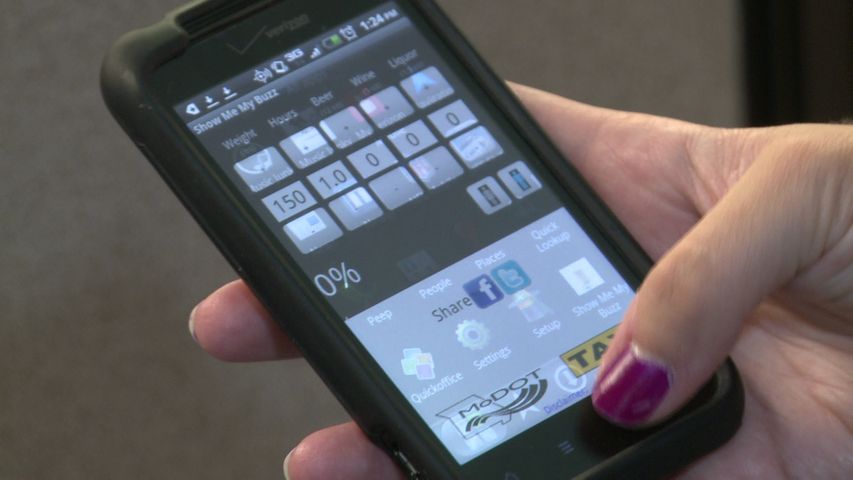 COLUMBIA - MoDOT released an app this week that allows Missourians to calculate their blood alcohol content level from their smartphones.

The free app is called "Show Me My Buzz" and estimates your intoxication level based on how much you've been drinking, what you've had to drink, your weight, gender, and how long you've been drinking. It then tells you whether or not to find a ride home. The app even has a taxi button that automatically connects you to a local taxi company using the smartphone's GPS.

No matter how many drinks you have consumed, the app always tells you to get a sober driver. Sometimes it even predicts the severity of a hangover the next day. MoDOT wants people to spread the word about the app and use it to stay safe.

MoDOT Outreach Coordinator Sandra Hentges says the best choice is always a designated driver. She stresses that the "Show Me My Buzz" app is only an estimate, so you can't rely on it for exact numbers. It's simply a way to get people thinking about drunk driving.

She said, "A lot of people don't want to think about it, or it's a very uncool topic. So this is a way to bring something cool together with that uncool topic."

The app has already gained popularity, with 1500-5000 downloads since its Friday release.

Some consumers question the app because it taps into the phone's GPS and could therefore tell police or authorities the locationof a drunk person. KOMU talked with Attorney Stephen Wyse who has worked to defend those in DUI cases. He supports the "Show Me My Buzz" app as long as the GPS is used strictly for informational purposes. He says he would encourage all of his clients to use it.

The app is available right now on Google's Android platform and should be available for download on Apple's App Store within the next few days.

For more information on downloading the app, visit the MoDOT website.