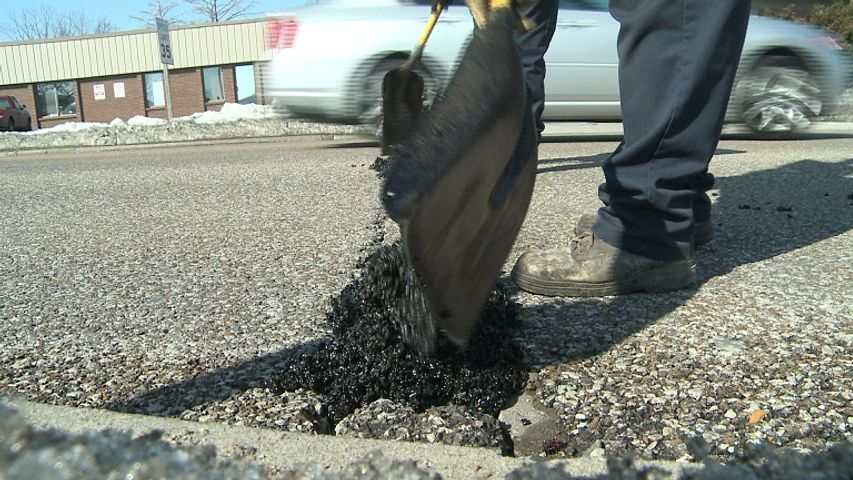 COLUMBIA -  MoDOT crews are deployed around central Missouri Thursday to repair pot holes. The pot holes are one remaining problem from the winter storms.

Most of the pot holes being repaired are a result of the freezing cycle that occurred during the winter storms causing the asphalt to break. MoDOT maintenance coordinator Jim Williams said the pot holes could have also been caused by the blading of the snow plows.

MoDOT maintance coordinator, Jim Williams said there are several things that cause pot holes to develope, "During the winter months, there are freezing and thaw cycles. You know, water seeps in and freezes and traffic runs over it and pops it out and there you go it's a pot hole."

MoDOT is placing a temporary universal polamer mixture in the pot holes until the weather improves and they can later square off the pot holes with a stronger fix.