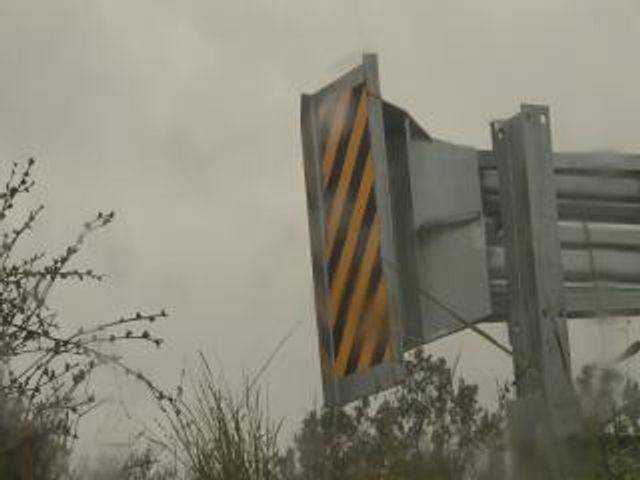 The New York Times article is a byproduct of a Texas lawsuit alleging Trinity Industries, a manufacturer, changed the design of its ET Plus guardrails. The lawsuit alleges the company did not notify the Federal Highway Administration about the 2005 change as required by law. The new design shortened the guardrail head from five to four inches.

"There were design changes made in the product in 2005 that were not reported to the Federal Highway Administration. There is an ongoing lawsuit with a whistleblower and Trinity Industrities," MoDOT spokesperson Joseph Jones said.

Jones is a MoDOT Engineering Policy Administrator. He said the department stopped purchasing the Trinity railheads in late September and suspended installation while it tested the products' safety. He said it was cautionary measure while teams evaluated the safety of the guard heads prevalent across the state.

"We have evidence in the state just eyewitness accounts by some our staff and photos that show that this did not perform as it was designed," Jones said.

Jones said there are likely 25,000 of the Trinity ET Plus guard heads around the state.

"I don't think drivers need to have an elevated concern, " he said. "We just want to take a step back and do our own internal evaluation of the product to be doubly sure that it poses no elevated threat risk to the public."

KOMU 8 News took the "New York Times" article to the director of the MU Department of Civil and Environmental Engineering. He said a guard head is the most dangerous part of the structure and engineers have worked to design the head to ensure survival if a driver hits the end of the rail.

"You don't want to snag a car," Director Charles Nemmers said. "You don't want things sticking out, a piece of lose metal, a bolt, something that would snag the car and grab it. You'd want it to be smoothly deflected."

The ET Plus rails are identifiable by their vertical design with thick black and yellow stripes.