MoDOT Takes Action Against First Snow of the Season 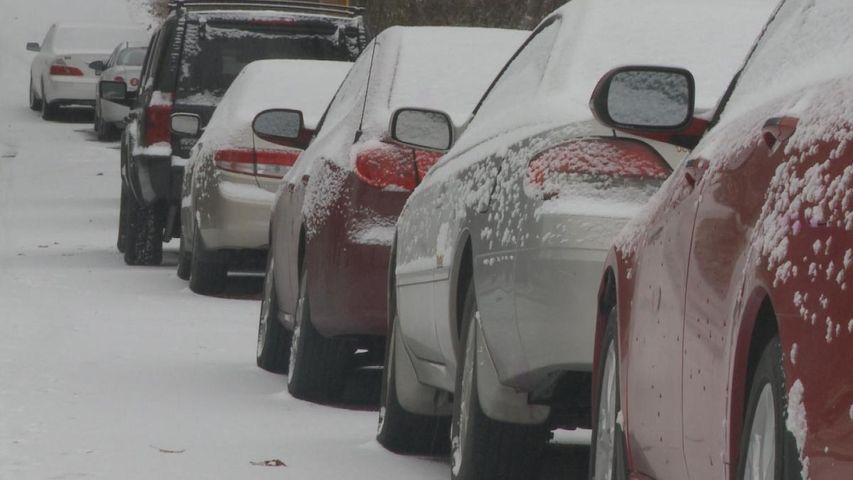 JEFFERSON CITY - The Missouri Department of Transportation battled the first snow of the season Sunday in the KOMU 8 viewing area.

Only about an inch of snow was expected to stick, but MoDOT Central District Maintenance Engineer Randy Aulbur said more than half of his district's snow plow fleet worked to clear streets today.

"We don't have the full fleet out for the entire district just for the fact that [the weather's] not consistent all the way across our district. We're pretty large," Aulbur said. "I'm going to say about 150 trucks out of our [225 truck] fleet are probably active today."

Aulbur said MoDOT has been preparing for this day for a while.

"We've been actively getting our equipment out and running and making sure it's operational," Aulbur said. "Earlier in the month, we actually performed a drill to kind of make sure things were lined out for an event such as this."

Despite MoDOT's efforts, it still saw some accidents.

"We've seen accidents today," Aulbur said. "I know some of them are probably not necessarily weather-related, but there's a handful of them that probably are something to do with the driving conditions out there."

Aulbur said you should avoid traveling during these kinds of weather conditions, but if you must, there are some precautions to be taken.

"Give yourself space and give yourself extra time for your trips," Aulbur said. "Travel prepared for something to go wrong. Have a little emergency kit or something with you that will help you out in that case. Keep a cell phone with you."