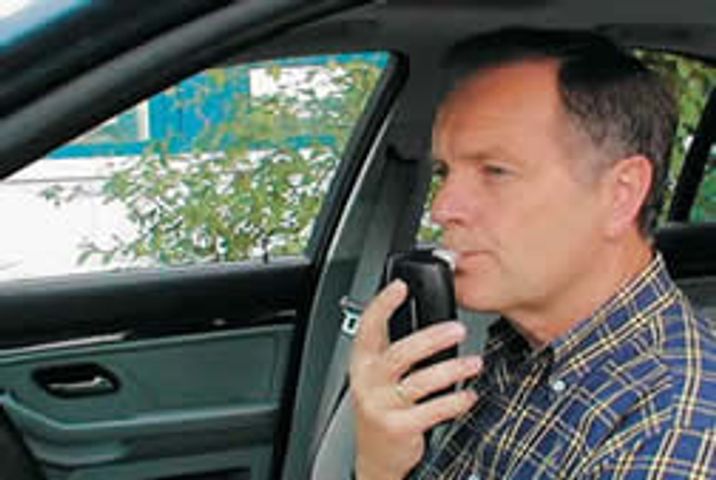 JEFFERSON CITY - Requiring DWI offenders in Missouri to do breath tests every time before they drive allows them to get back on the road after violations. But, in just a few months, some offenders might have to update their breath test devices.

The Missouri Department of Transportation is proposing several rule changes to ensure the right person is taking the breath test and to add more accountability.

MoDoT is asking the manufacturers of the breath test devices to update their design to help enforce the new rules. If they don't make the changes, they could lose their state certifications.

Offenders use a breath test device called Breath Alcohol Ignition Interlock Device, a small machine connected to the ignition, horn and headlights of a car. It analyzes a driver’s breath and prevents a car from starting if it detects trace amounts of alcohol.

Missouri law requires repeat offenders to install these devices before they can reinstate driving privileges, while first-timers can also opt into the program to get driver’s licenses back sooner, according to MoDot’s website.

Jackie Rogers, MoDot’s senior system management specialist, said the department is hoping to create a statewide standard for the device.

“We want to make sure that all the devices work the same and that they are pretty equal,” she said. “Technology advances, so do our rules. In our state, we have to advance those technologies as well.”

Currently, there are six manufacturers certified by the state to lease devices to offenders on a monthly basis, Rogers said.

According to a MoDot statement, in order to continue receiving state approval, the manufacturers must make sure their products meet requirements including:

The statement says the rule change is a result of several state agencies having received complaints from offenders who claim they either did not have a violation - which would extend their use of the devices - or they claim the device isn’t functioning properly.

The estimated annual cost for making the technological changes would be $18,810 to $28,340 for each of the manufacturers, the statement says.

Rogers said it’s up to the manufacturers to decide if the users would be the ones bearing the brunt of the cost.

“We are an open market. You kinda have to see what one manufacturer does - they’ll kind of watch one another,” she said.

She said the change would both assist state agencies when handling complaints and provide more reliable devices for offenders.

“What we are trying to do is to make sure that we are staying up with the advancements and those technologies, so that we can make sure that the public is safe on the roadway, and that we are keeping impaired drivers from acting in a dangerous manner by getting behind the wheel when they are drinking,” she said.

Rogers said most of the proposed rules would go into effect August 14, 2018, while manufacturers who need to catch up on the “near real time reporting” technology would have until next January to do so.

Rogers said the department will publish the proposed changes in the Missouri Register on April 16, and the public would have 30 days since then to voice opposition.

According to the statement, complaints could be sent to Pamela Harlan at Pamela.Harlan@modot.mo.gov.