MoDOT warns baseball fans of heavy weekend traffic on I-70 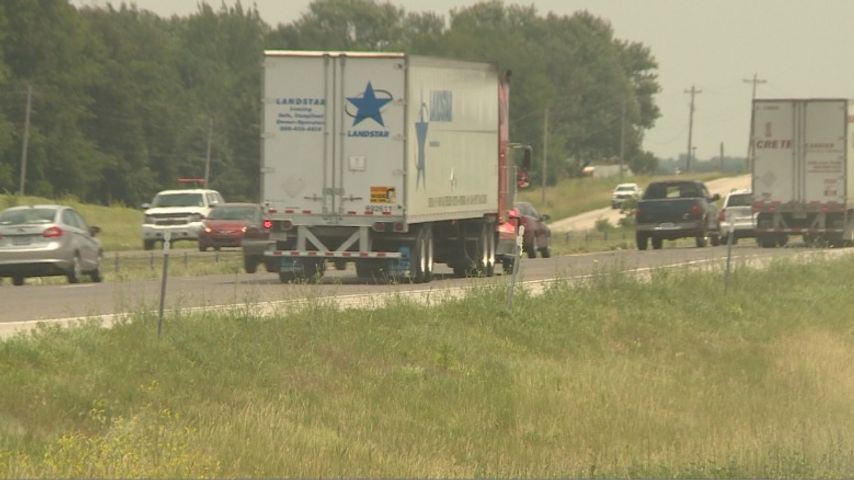 KINGDOM CITY - Baseball fans traveling to St. Louis for the I-70 Series this weekend should expect longer drive times due to traffic and construction.

The I-70 Series is a three-game matchup between the St. Louis Cardinals and the Kansas City Royals at Busch Stadium in St. Louis. The teams will play Friday, Saturday and Sunday.

MoDOT issued a travel advisory Thursday for baseball fans, as well as Lake of the Ozarks boaters or anyone traveling across the state this weekend.

Crews are working on a bridge that will cause traffic on I-70 to be down to one lane eastbound and westbound from the Blackwater Bridges in Saline County to the Cooper County line near mile marker 77 until mid-August.

Royals fan Mary Davis and her husband were on their way from Sedalia to St. Louis for the game around noon Friday. They said they wanted to get to St. Louis as soon as possible to see the new stadium.

"We wanted to get an early start because we haven't been to the new stadium and we just kind of wanted to explore a little bit," Davis said.

Davis said she wasn't worried about the traffic.

"We're going to have a good day, I don't care, whatever happens," Davis said.

"I hope enough people in St. Louis bought tickets and there aren't a lot of Royals fans on the roads to clog me up and keep me from getting back home," Spivey said.

MoDOT said more than 26,000 vehicles travel along I-70 daily and 40 percent of the traffic are trucks.

Drivers on I-70 can expect to see message boards with estimated travel time along the interstate.