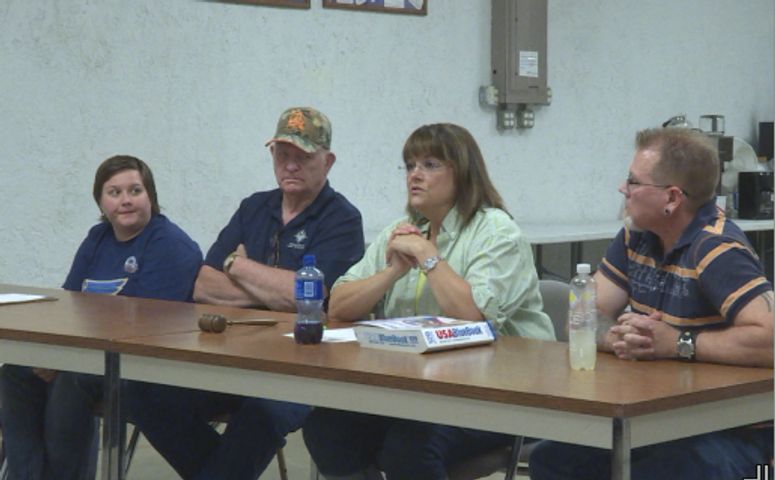 MOKANE - The Mokane Board of Aldermen appointed a new mayor and two new aldermen Monday night after months of conflict disrupted city affairs.

Mayor Jo Belmont served as mayor pro tem and as an alderwoman before her official appointment Monday night. This means the board now has to fill another alderman seat.

Chad Booher and Callie Rogers were appointed as aldermen in Monday night's meeting.

The newest appointments came after two aldermen and former mayor Peggy Nalls resigned last month. Those previous appointments had been reversed because of misinformation.

"We have become very reactive, we haven't proactively replaced things a little at a time, so it's caught up with us," Belmont said. "And now, I mean, it's going to be a bit painful for a while until we can get these things taken care of."

Multiple residents asked about the problems relating to water and sewer systems. The board said they were working on getting access to more information.

The aldermen made several motions to ask Callaway Water District 2 to come in and take over some areas of the water and sewer system, including testing and repairs. Belmont said it is the city's goal to repair the infrastructure and have the district take over.

"The hope is that Callaway Water District 2 comes in and helps us with our sewer system," Belmont said.

Residents at the meeting appeared optimistic of the new city leadership.

KOMU 8 News also talked to Booher after the meeting. He said he is looking forward to the changes the board hopes to bring.

"It's really a great little town that has kinda fallen by the wayside, and hopefully we can get together and bring a lot of things back here that used to be here and revitalize the community."