Mokane football player does it all 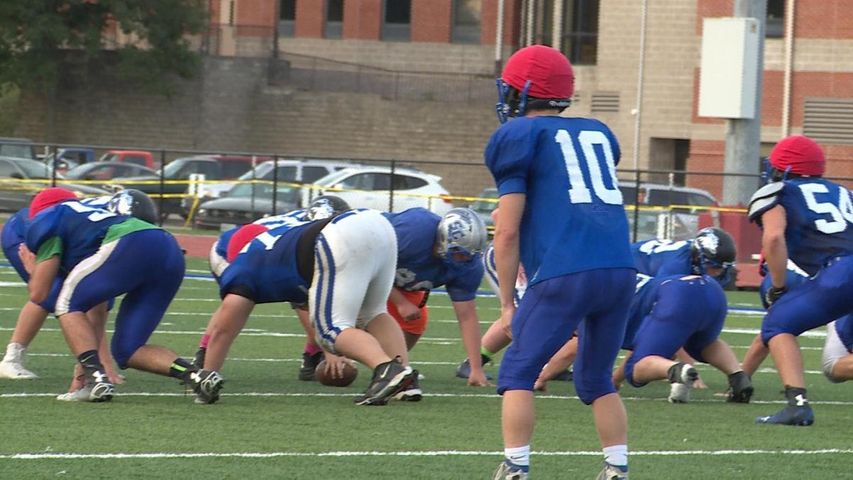 MOKANE - South Callaway football has jumped out to a 6-0 start this season, beating opponents by an average margin of just more than 60 points. This is in large part due to one Bulldog who can do it all on and off the field.

Cory Hanger is a senior at South Callaway who plays multiple positions on the football field.

"I play like a running back, i guess," Cory said ."It's kind of like a running back, receiver. Safety. I'm punt and kick returner. I'm also the long and short snapper. I've been doing it since such a young age that like i just pretty much have gotten used to it by now."

The 5-10, 160-pound playmaker has been a spark in the Bulldogs' offense, defense and special teams. Early in games, Cory simply finds a way to make a big play down the field. He has scored at least two total touchdowns in every game this season.

Cory is also one of four captains on the team. Players who wanted to be a captain before the season started had to give a speech and also talk to their teammates about how they would be a leader.

Tim Rulo is South Callaway's head football coach. He said Cory's elite level of play starts with his approach to the game.

"The best part about him is just his attitude," Rulo said. "He's not the type of guy that gloats or demands the football, even though he might be a guy we could give the ball to literally on every play. He definitely buys into the team concept and works hard in practice and does all the little things well. That's why we're so greatful to have him a part of our program."

It doesn't stop on the football field for Cory, who also plays baseball, basketball and track. He has received numerous awards in all four sports. You don't have to look far, though, to see who has had a large impact on him; both Cory's mother, Stephanie Hanger, and father, Billy Hanger, have played many sports.

"I would love to be able to say and tell you that i'm responsible for all that and i can't," Billy said. "I think he's just a special kid. He's so talented. He's self-motivated. It's a drive you can't teach."

Cory's dad might not think you can teach that drive, but his son certainly appreciates what his parents have done for him.

Along with his parents, Cory said there's been another strong influence in his life--especially the past few years.

"I've really built a good, strong relationship with God over the past couple of years," Cory said. "It really hit me when I went to Young Life camp, and now he plays a big part in playing sports and what I do in life."

Last season alone, Cory received three all-district and two all-state football awards along with an all-state baseball and all-state track award. He's currently looking into scholarship offers to play college football and hopes to one day be on the sideline as a coach.