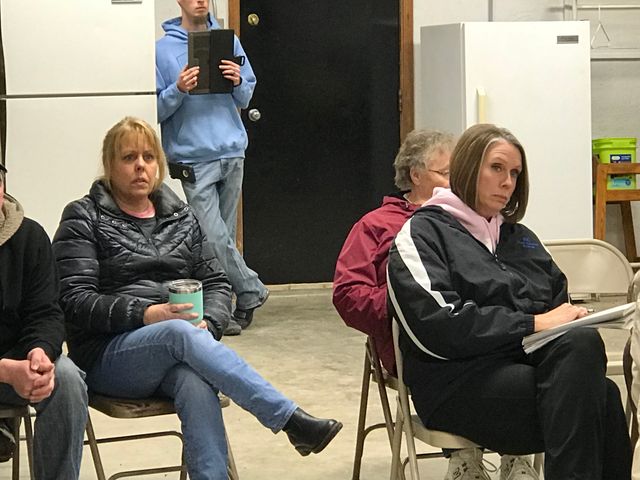 MOKANE - Residents of Mokane held a meeting to discuss the multiple issues they have with the town’s government.

“Tonight is about trying to get city council in here and do things the right way and take actions for things we’ve had wrong down here for many years,” resident Danny Lamons.

Lamons said he is disappointed in the city’s lack of communication with its residents.

“It kind of angers me because I’ve lived here forever, all my life,” he said.

Lamons and others said the town lacks organization.

She said there are challenges with meeting being held without accurate minutes.

"I hear people arguing over what’s been passed or didn’t and they’ve both attended the same meetings,” Bennett said.

“We need people who are going to take charge, without all the yelling and screaming,” he said.

Lamons said he has made several attempts to get in contact with the city and hasn’t gotten a response, however he is hoping the condition of the town will improve.

“We gotta take one step at a time and a day at at a time. The outcome hopefully will be for the better of the citizens and hopefully it’ll benefit this town a lot better.” he said.

Bennett said one of her biggest issues is not always being notified about certain meetings and not getting advance notices for things like higher water prices.

“We get some letters, but not monthly. As far as when we have a meeting coming up and there’s question on how they notify if there is a city council meeting,” Bennett said.

She also said the lack of communication between the town’s council and it’s residents creates serious issues.

“It affects the city because we have snow removal, we have problem, we have trees that need trim to keep them out of our powerline, there's a lot of things that go on within the city, Bennett said.

KOMU 8 News contacted the town’s clerk who told us the town's attorney advised leaders to not make an appearance at the meeting. The clerk would not comment any further but referred the station to former Mayor Peggy Nalls. She has yet to respond to a request for comment.