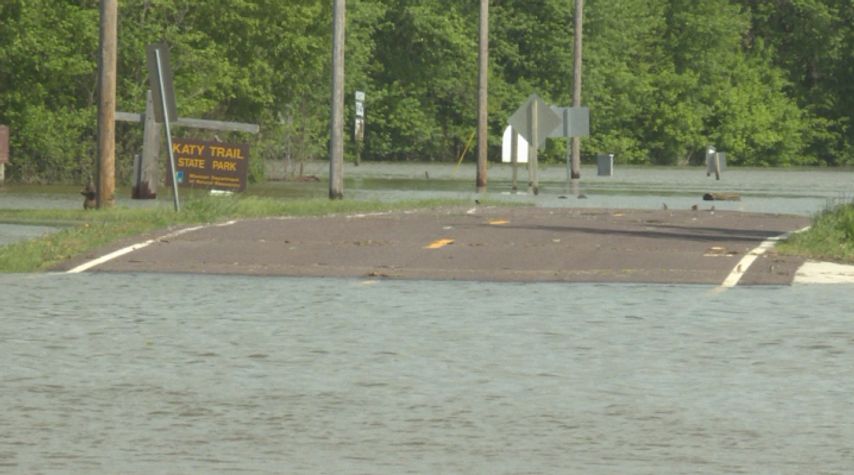 MOKANE - Although the rain subsided Thursday morning, some communities were still affected by the aftermath of the flooding Thursday evening.

The flood waters were blocking roadways and reaching buildings in Mokane.

A Mokane store owner said flooding this bad happens every few years in the area because of the close proximity to the Missouri River.

Businesses next to the high waters kept their doors open, although they were seeing about half of the normal customer traffic.

Bar and Grill Owner Eric Byrne said he was preparing for much worse and worried the flood waters would encroach further into his business.

He said he was relieved the rain stopped.

"This time of year we usually get a lot of business off of the Katy Trail, and it is underwater so there's no bicyclers, and there's no traffic coming from Jeff City," Byrne said.

People are experiencing much longer commutes in an effort to detour around all of the flooded roads in the area.

Hannah Mistler, a South Callaway R-II School District student, said she had to wake up much earlier to get to school.

"We used to have a 10 to 20 minute drive to school every day, which my mom always drives us back and forth to school," Mistler said. "But now we have an hour drive because we have to go through Fulton, and through Hams Prairie to get to school coming the opposite way."

People in the area hoped the high water levels would begin to recede in the next few days so things could start to go back to normal.