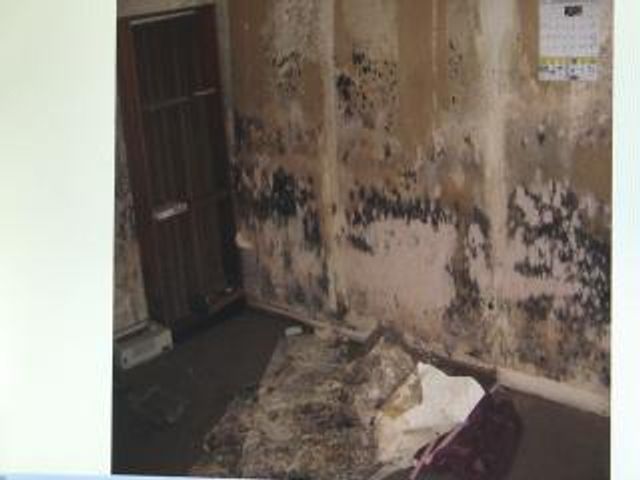 COLUMBIA - The Missouri State Penitentiary had to close its doors this year because of a mold infestation. The age of the abandoned 177 year old prison may be the reason for mold growing in it, but younger buildings can still have mold.

Mold is caused by water. It can come from the internal plumbing in the house, external water coming into the foundation (like rainwater) or humidity.

"One big thing that's happening lately since 2008 since there's been a lot of foreclosures because of the economy is homes are foreclosed. The bank takes them over and everything is turned off," Patsy Duncan, a certified indoor environmental consultant said. "They turn the air conditioner off, they turn the electricity off. And they leave it closed up... we get 100 degrees in summer and we get really cold in winter. You close up a house and you don't condition the indoors, whether it's heating it or air conditioning it mostly in the summer, you're going to get a high humidity intrusion. And it's just going to grow mold in there without any water intrusion."

Mold comes in different forms, shapes and sizes. It can look like a common black mold, to a more disguised type, like some that look like dust particles. Duncan said the easiest way to notice mold in a house is the musky smell it leaves. She said the best way to get rid of mold is to not touch it and call a professional to come and inspect it. She typically receives calls of people making moldy matters worse.

Here is one of those stories: "We had this water damage two months ago. We thought it was dry and then we went back to the basement. Our family's getting sick, and we pulled this chair back and saw this mold so we just ripped it all out. But now we're still sick and we still smell it. And I just cringe when I hear that because I'm like, they made it worse because when they ripped it all out, it may not have been airborne at that time. but since they ripped it all out, it's definitely airborne to some extent."

Another common problem she hears homeowners do to try and kill the mold is spray bleach and wipe it away.

"People think, 'Oh I see a bunch of mold on the wall, I'm going to kill it with bleach and then it'll be all good. Where in fact what they do is they are making it worse because they are spraying it with bleach which is mostly water so are adding water to the problem. And they're getting the mold airborne."

Duncan understands that people would rather fix the problem themselves rather than spend money to have the mold looked at and removed. She sees this all the time. While mold can cost homeowners thousands of dollars in repairs, it can cost even more in health problems.

"Over time you are getting all these awful side effects. And a lot of time people don't even know that it's a mold problem," Duncan said. "You can get bleeding lungs. You can get cognitive problems where you're not remembering anything anymore... You can have a lot of awful symptoms from mold."

That's why all experts tell consumers to not clean up the mold themselves and instead have it professionally looked at first.