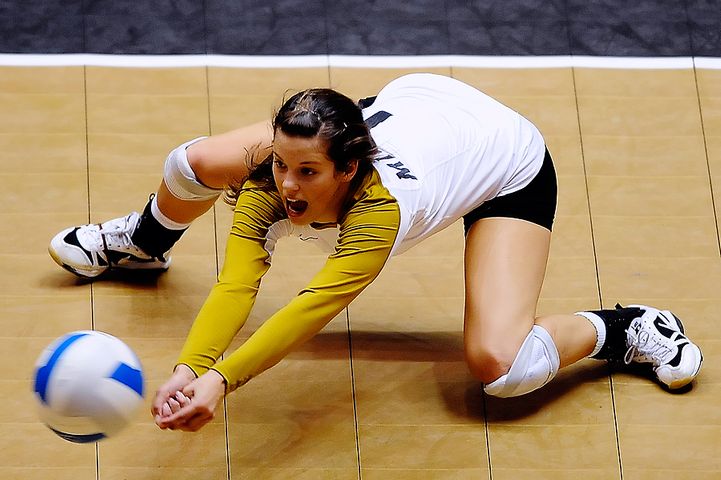 COLUMBIA -- Tiger sophomore setter Molly Kreklow has been named AVCA/Sports Imports National Player of the Week following her MVP performance at the Tiger Invitational last weekend. Kreklow is the second Tiger to earn the award in the last two seasons, after former outside hitter Paola Ampudia received the award last November.

The Mizzou volleyball program has now earned five AVCA/Sports Imports National Player of the Week awards under the direction of Wayne and Susan Kreklow.

"It feels pretty good but I would say that the award is a good reflection on the team as a whole," Kreklow said. "Obviously for a setter to get it, the passing has to be great and the hitters have to do their job. I would say overall, it is a big honor for our team."

Kreklow helped the Tigers claim their fourth-straight Tiger Invitational title last weekend. She finished the weekend with a 12.42 assist per set average, a mark that led all players in the Big 12 and she was a key reason why the Tigers were able to hit .415 as a team, which is a Big 12-best after week one. She also showed improvement in her all-around game as she tallied 13 kills on .571 hitting while pulling in 16 digs and tallying five blocks. In the Tigers' three-set sweep of Idaho State, she dished a season-best 42 assists, which is a Big 12 three-set best this season.

Kreklow helped the Tigers tally more kills and more assists than any team in the Big 12 after the first weekend of play and was also named Tiger Invitational MVP for her efforts.