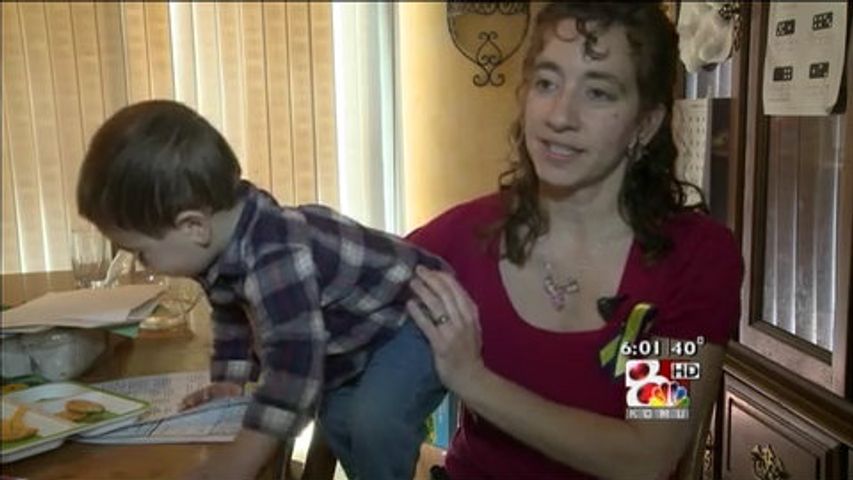 COLUMBIA - According to the CDC, one out of every 700 babies born in the U.S. each year is diagnosed with Down syndrome, and March 21 is World Down Syndrome Day.

For Columbia mom Kate Basi, spending a day raising awareness about Down syndrome isn't anything out of the ordinary.

She has four kids under the age of eight, but somehow found time to create the Central Missouri Down Syndrome Family Network with two other Mid-Missouri moms.

Julianna is the only girl out of Basi's four children, and was diagnosed with Down syndrome six years ago.

"Julianna, she's a trip. She is extremely charming, extremely cute and she knows it. She can wrap you right around that little finger in less time than it takes to say her name," Basi said. "It's a shock. No parent goes in to labor or even in to the ultra sound experience expecting to hear anything other than your child is completely normal."

This unexpected diagnosis inspired Basi to create the Central Missouri Down Syndrome Family Network, which connects families with children who have been recently diagnosed.

"You have a lot of questions, you have a lot of fears and it's just really good to talk to someone who's been there and who can say 'yeah here's the good, the bad and the ugly," Basi said.

Basi also said that she hopes days like Down Syndrome Day will help people realize that those with Down syndrome have a lot in common with those who lack the syndrome.