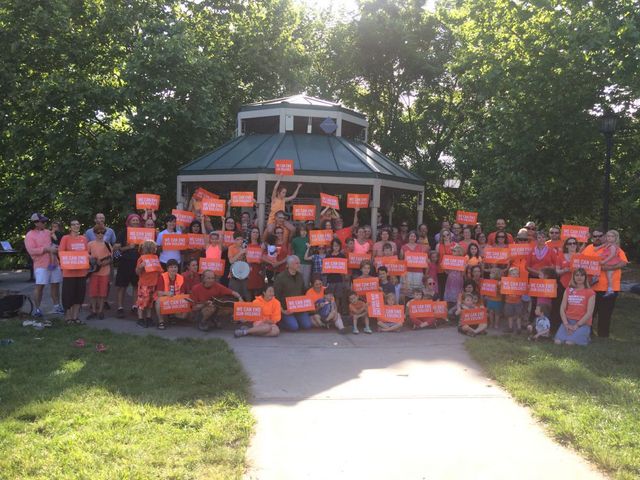 Rose Metro is the campaign team lead for Moms Demand Action, and she said the picnic was to get people to understand they can help reduce the number of people killed or hurt due to gun violence.

“We’re bringing people together to commemorate the 91 people who are lost everyday due to gun violence in this country and the hundreds more who are injured,” Metro said.

The Missouri legislature expanded the stand your ground law, where a person has a right to defend him or herself wherever he or she. Both the house and senate also passed the permitless carry bill, which says anyone who can legally own a gun can open carry it out in public without training or permit.

“That’s very disturbing, because it puts all of us at risk,” Metro said.

Larry Wayland is the owner and manager of Modern Arms who is excited about the recent changes to Missouri gun laws.

"I don’t think that’s a bad thing, I think the expansion of gun rights is a wonderful thing in Missouri. I think it is again incumbent upon the gun owners to be responsible about that,” Wayland said.

Metro and Wayland both said gun violence could be reduced by people seeking out training and the laws of firearms, safe storage of guns, and better law enforcement.