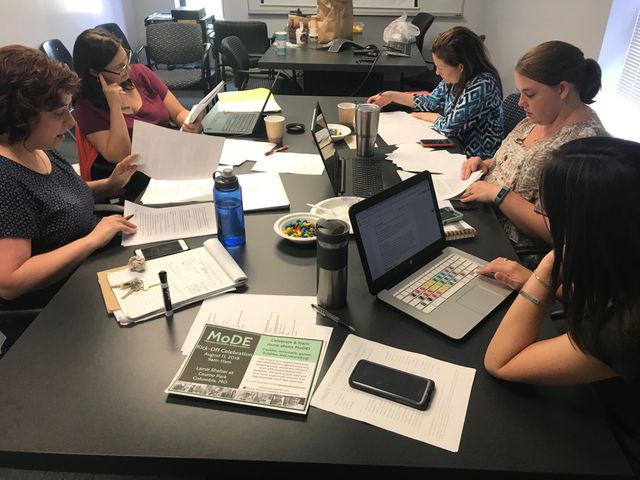 COLUMBIA - A group of Columbia moms is starting Missouri Disability Empowerment, a new organization with big goals to help people with disabilities.

"[Our] mission is to empower individuals with disabilities through grass root advocacy and by promoting inclusivity," Missouri Disability Empowerment, "MoDE," said on its Facebook page.

President Robyn Schelp said it all started as individual efforts from each family, but the strength of working together is hopefully going to give the organization the push it needs to make long lasting change.

Just barely two months old, MoDE is in the process of getting a non-profit status, in addition to an advocacy certification. These statuses will allow the group to better lobby for legislative change at the state level and in the future raise funds to be able to give out grants to families struggling to pay for disability related expenses.

Schelp's son Nathan was diagnosed with an unknown genetic disorder at 11 months old.

"It was very frustrating because Nathan didn't qualify for that because he doesn't have autism, even though he needs the exact same services as the kids with autism," Schelp said.

Christina Ingoglia, MoDE Vice President, felt the same exclusion with her 3-year-old daughter Lilly, who has Mowat-Wilson Syndrome, a cognitive and speech-impairing diagnosis.

Ingoglia said she got Lilly tested for autism because sometimes Mowat-Wilson Syndrome patients also have autism, which would qualify her for insurance coverage.

"She didn't qualify. And while on some level we're glad she doesn't have another diagnosis, because she doesn't need any more frankly, we were bummed because our insurance wouldn't cover what she needs," Ingoglia said.

Ingoglia said families like hers and the Schelp's are not the only ones facing this struggle with insurance coverage.

"I feel like it's so important to advocate not just for Lily, but for all of these kids who are left out, which is about 50 percent of the children with disabilities in Missouri," Ignonlia said.

Missouri's autism insurance mandate is just one of the reasons Schelp and Ingoglia wanted to incorporate MoDE.

Two years ago, Schelp started getting her feet wet at the capitol, learning anything and everything she could about how to change things.

"I would go into every legislator's office and the first question they would ask is who are you with? I was like, I'm with my kids," Schelp said.

Now, Schelp is a registered lobbyist.

"I have no experience in this and it has been trial and error, finding some great people that I can ask questions to and learn as we go," Schelp said.

Beyond policy and law change, MoDE hopes to be able to be a lifeline for not only children with disabilities but a support group and network for a lifetime.

"It's nice to be able to step into a space with other people who kind of have a clue about what you're going through," Ignonlia said.

Another key part of MoDE is working toward what Schelp calls "true inclusion" of individuals with disabilities into communities.

Ignonlia said she wants typically developing people to understand it's okay and appropriate to "just say hi how are you?"

Schelp said she thinks people are ready for this, "they're ready to see parents, not just these paid lobbyists at the capitol, but people who are invested knocking on doors."

Ignonlia and Schelp said MoDE is not just a Columbia resource, this will hopefully be a state-wide initiative.

Schelp said she hopes not just families with individuals with disabilities attend, but anyone in the community who wants to support the cause comes as well.

No one hurt after plane landing gear fails in Jefferson City

Fujiko Izakaya pop-up will return to Barred Owl on Monday

Tiny songbird that vanished from Missouri returns to state